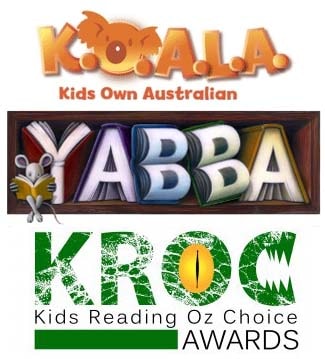 OMG! OMG! OMG! A You Choose book has made it on to the REAL awards shortlist for the fourth year in a row. How cool is that? And what an amazing honour!

The REAL (Reading & Enjoying Australian Literature) awards are a group of state-based awards for children’s literature that are nominated and voted on by kids. The shortlist feeds into three sets of awards – the YABBAs in Victoria; the KOALAs in NSW; and the KROCs in the Northern Territory.

In 2015, You Choose: The Treasure of Dead Man’s Cove was shortlisted in the “Fiction For Younger Readers” section… and it won a YABBA.

In 2016 and 2017, You Choose: Alien Invaders From Beyond the Stars was shortlisted in the “Fiction For Younger Readers” section… and it got an Honour Award in the KOALAs both those years. 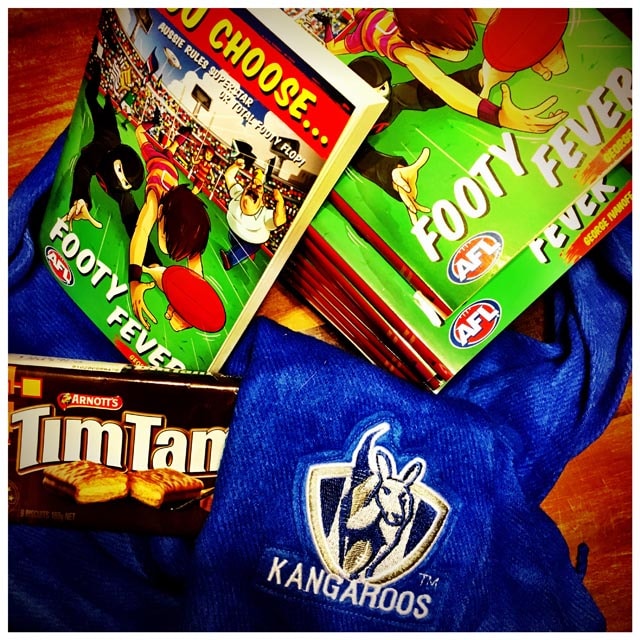 This year it’s You Choose: Footy Fever in the “Fiction For Younger Readers” section. This is the special You Choose book that was licensed by the AFL. I am over-the-moon excited that it has made it onto this list, which is chock-full of amazing books and authors…

And there’s even more great books across three other sections: “Picture Story Books”, “Fiction for Older Readers” and “Fiction for Years 7-9”. Check out the full list.

Of course, this shortlisting is shared with the amazing James Hart, who has done the cover and internal illustrations for Footy Fever, as well as the other twelve You Choose books and the four OTHER WORLDS books (two of which are out, with the other two being released on 28 May).  James’s artwork has given my books an incredible vibrancy and his cover illustrations shout “PICK ME UP” at passing book browsers.

As well as illustrating my books, James has also done the artwork for Mr Bambuckle’s Remarkables by Tim Harris, which has been shortlisted in the “Fiction For Older Readers” section. He’s also created this year’s Victorian Premier’s Reading Challenge Primary School poster. Is there no end to this guy’s talent? Check out his website to see all this other awesome work.