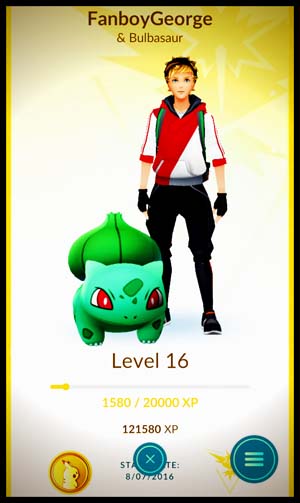 Or… why it’s good for this 48-year-old children’s author to play a game that involves exploring and collecting.

I’m sure you’ve all heard of Pokémon Go, the hottest augmented reality game for mobile phones. It’s the game that lots of people play. It’s also the game that lots of people seem to be complaining about. It involves going around real locations and catching virtual creatures. There is also the option to train your Pokémon and battle them against others.

I’ve been playing it since its release earlier this year. And here are my top six reasons for doing so…

Reason 6: Going outside
It’s not a passive game. You actually need to physically move and leave your place of residence. Different Pokémon inhabit different areas, so the more places you go, the better it is. As a writer, spending too much time at home in front of my computer is an occupational hazard. Anything that gets me out and about is a good thing. 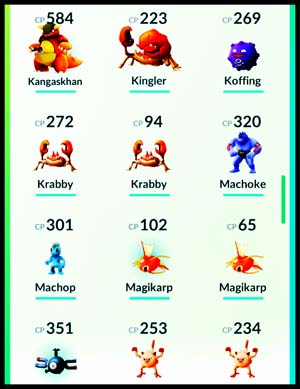 Reason 5: Collecting
I have a bit of a collecting mentality (my wife refers to it as hording). I collect books, DVDs and sonic screwdriver toys (it’s a Doctor Who thing). In the past I’ve collected cinema cups, bubblegum cards, stickers, cigar boxes and film lobby cards. These items cost money and take up lots of space. And the lure of collecting other things always hangs over me. Pokémon Go satisfies my collecting desire without any financial outlay or the taking up of space.

Reason 4: Exploring
As a writer, I love interesting places. Exploring can lead to stories. And Pokémon Go leads you to interesting places. PokéStops (where you pick up extra Pokéballs and other items of use) and PokéGyms (where you train and battle your Pokémon) tend to be located at places of interest — from landmarks to playgrounds; from museums to public art; from memorials to cemeteries. I’ve discovered some fascinating places while playing. It’s particularly good when on holiday or in places you haven’t been before.

Reason 2: Social situations
Pokémon Go is the perfect solution to awkward social situations…
“Oh, I’m terribly sorry. I’d love to continue this conversation but I need to evolve my Bulbasaur and power up my Jigglypuff.”

Reason 1: FUN!
Above all else… Pokémon Go is heaps of FUN!

So, to fellow Pokémon Go players, may I say: Go Team Instinct!

To the detractors I say: Dislike it if you must, but give those of us who do like it, the respect to like what we like. 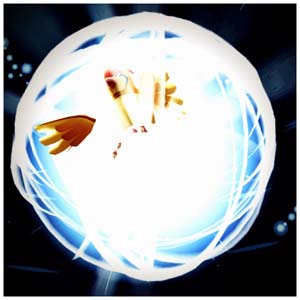 And to the undecided: Give it a go! You’ve got nothing to lose and you may just evolve an interest (See what I did there?). 🙂