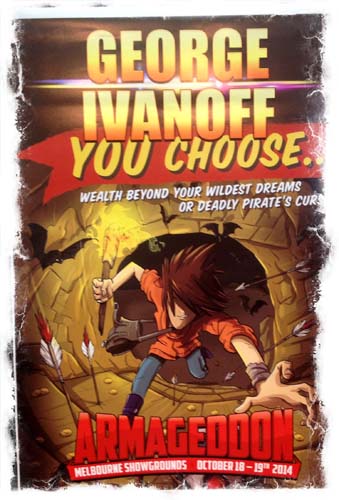 Armageddon was awesome! Let me repeat that, just in case I haven’t quite made myself clear: ARMAGEDDON WAS AWESOME!

For those of you who don’t know, Armageddon is a HUGE pop culture expo. Their latest event was held at the Melbourne Showgrounds this past weekend (18/19 Oct).

I was lucky enough to be invited along to do book signings at the Dymocks Melbourne stand, where I got to share the signing table with UK author Robert Rankin and US author Terry Brooks. Both were thoroughly charming people who made the experience so much more enjoyable. 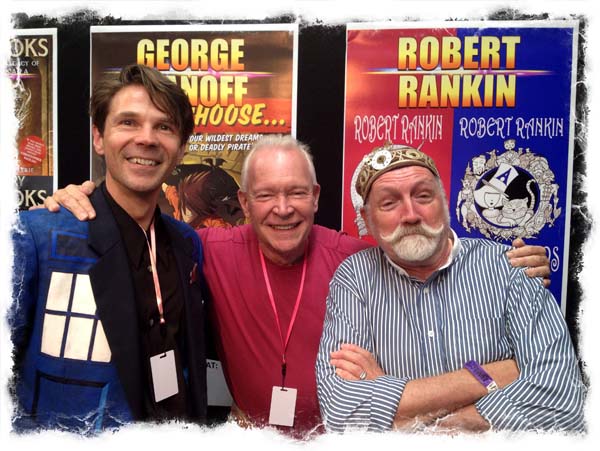 I had a lovely time meeting readers, hamming it up for photos and simply staring with wide-eyed amazement at all the astounding costumes that people were wearing. And being the Doctor Who fan-boy that I am, I went along to the Jenna Coleman’s Q&A session. I was wearing my TARDIS jacket, but as you can tell from the small selection of photos below, there were LOTS of people in TARDIS attire. 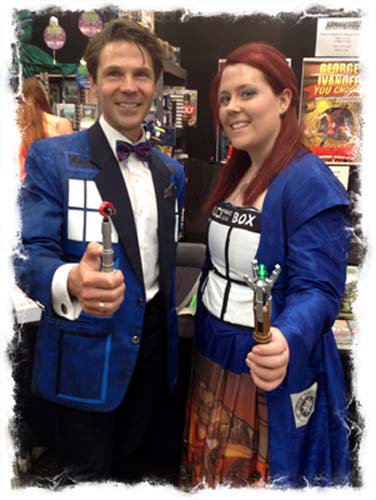 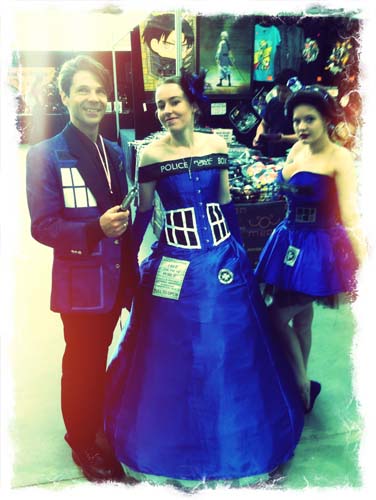 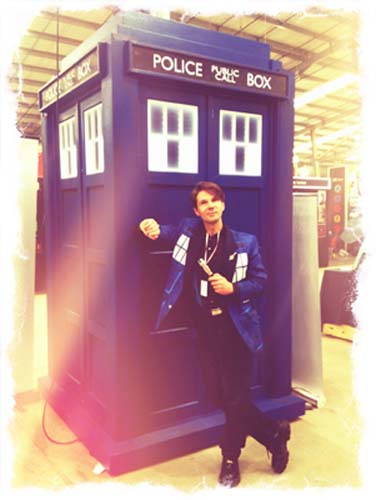 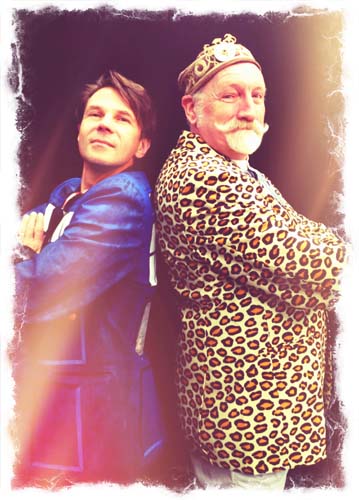 To celebrate Armageddon and my Doctor Who obsession, I ran a little Doctor Who giveaway, for a book/DVD/Blu-ray prize-pack containing…

Every one of my books sold by Dymocks over the weekend came with a raffle ticket into the draw. And the winner was Kathy Faichney.

Congratulations to the Armageddon organizers for a superb event. And many thanks for inviting me to come along. 🙂

The next big event for me is INSIDE STORY, an international children’s book event to be held at bookstores in Australia and the USA. I’ll be appearing at the Victorian event at Readings in Hawthorn on Saturday 1 November. More about that soon.

Armageddon and the Doctor Who giveaway Inside Story 2014