Authors on a bus! 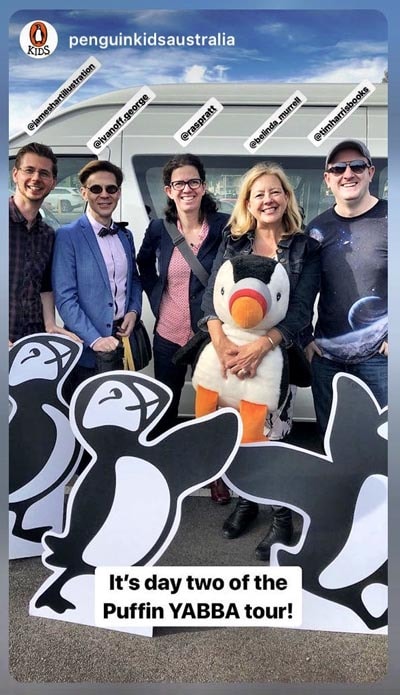 A bunch of authors and illustrators touring around Melbourne and Sydney on a mini-bus with a publicist… what could possibly go wrong?

Well… aside from being mobbed by an entire school’s worth of kids desperate for the bag of lollies I was about to distribute on Halloween; and being made to impersonate a meerkat on stage at an awards ceremony (I can’t really explain this one. You just had to be there.)… it all went pretty well, actually.

Why was this all happening? Because of the YABBA and KOALA awards – one Melbourne based, the other Sydney based, but both fed from the same shortlist of books nominated by kids from across the country. Celebrating their shortlisted authors, Penguin Random House decided to tour some of them during the two weeks surrounding the awards ceremonies.

In Melbourne I was with authors RA Spratt, Tim Harris, Belinda Murrell and Tristan Bancks, and illustrator James Hart. In Sydney, Tristan was swapped out for Felice Arena, with illustrator Tom Jellett being added into the mix. Authors usually tour on their own when promoting a new book, which can be a bit lonely… so this tour, with a cast of thousands, was quite the novelty. 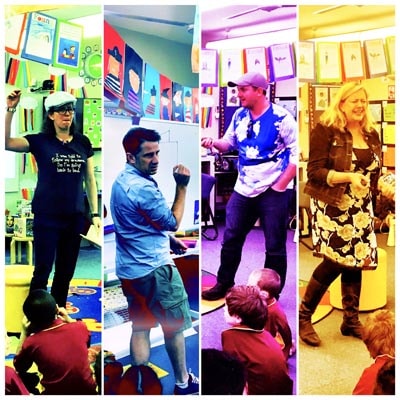 Over the two weeks, we visited 13 schools, 16 bookstores and attended the two awards ceremonies. It was a travelling roadshow of creativity, comedy, inspiration and insanity. Storytelling, reading, drawing, dancing, shouting, trumpet-blowing and lots of other strange things happened as we took kids through our creative processes. It was an absolute privilege to share the stage with this wonderful group of people, creating bonds of performance and camaraderie. I learned so much from watching them present, and even more from the publishing industry conversations we had on the bus between schools.

The YABBAs and the KOALAs are an extraordinary set of awards, giving kids the chance to nominate and vote for their favourite Aussie books. And the organisers, who are all volunteers, do an amazing amount of work putting these awards together, as well as generally promoting Australian books, authors and illustrators. All of us who were on the tour felt greatly honoured to have been shortlisted.

And now for the winners … [insert drum roll] … 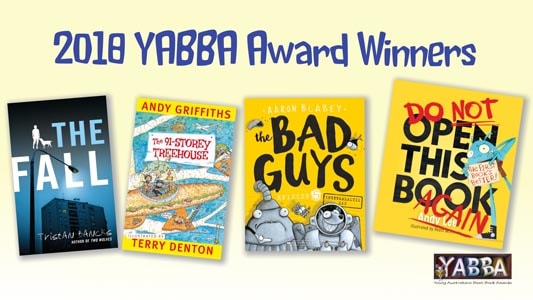 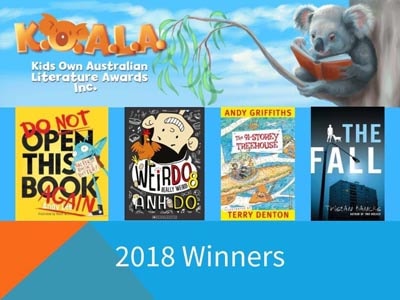 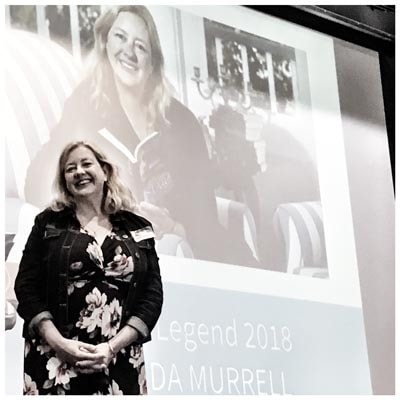 In addition to the standard awards, there were also a couple of special awards to recognise particular authors’ contribution to Australian children’s literature. Meredith Costain, one of the hardest working children’s authors I have ever met, received the Graham Davey Citation at the YABBA awards. And Belinda Murrell was named the 2018 KOALA Legend. Of course, we already knew she was a legend. This just formalised it. 🙂

I’ll finish things off with a transcript of my mini-speech from the KOALA awards. Each of the nominated people were asked to speak for about two minutes on one of the topics from the Australian Children’s Laureate “Stories Make Us…” calendar. Here’s what I said…

Yes, stories make us all of these things, and so much more.

In theory, I’m supposed to pick one word from the list I’ve just read and speak about it. But I’m not gonna do that. No. I’m gonna add two of my own words instead.

Because… Stories make us rebellious. They show us how important it is to be ourselves and to do things in our own unique ways. From Tom Sawyer to Lyra Silvertongue to Katniss Everdeen… characters and their stories can make us realise the importance of sometimes defying authority, bucking the system and being true to ourselves.

And writing stories has also given me a taste for rebellion, as I have discovered the joys of breaking grammatical rules, making up my own words and occasionally subverting stereotypes and expectations.

But — putting rebellion aside — if I had to choose one definitive word to use in the context of “Stories make us…”, it would be “HAPPY”.

Never underestimate the importance and significance of the happiness that stories can bring into people’s lives. The pure joy of being captivated by and lost in a story. 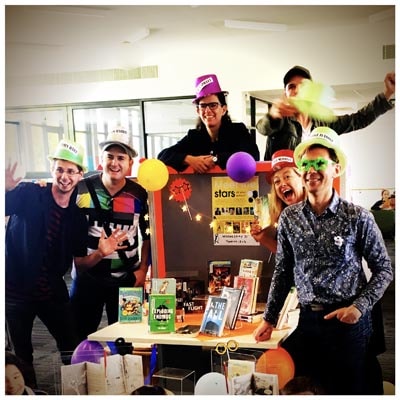 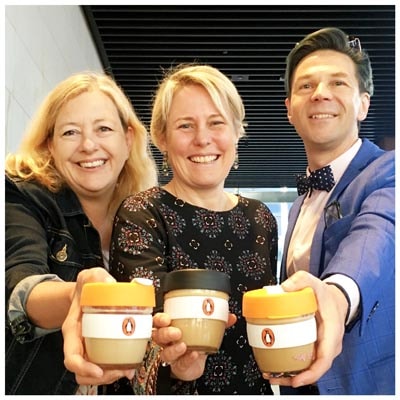 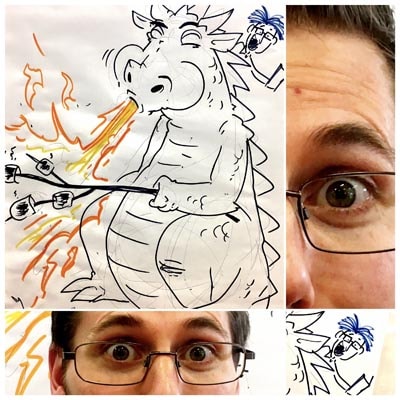 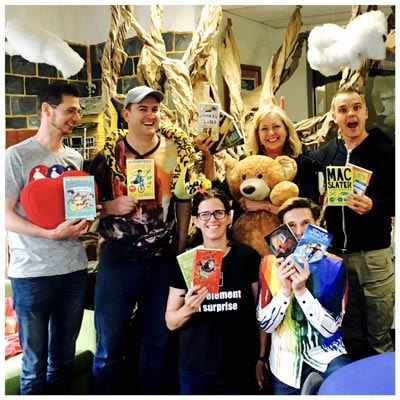 For a complete set of pics from the tour, check out the Instagram hashtags #yabbatour and #koalatour2018