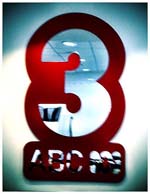 What would you expect from a national television interview about your latest series of books? A cream pie slammed into your face? No? How about FIVE cream pies?

Earlier this week I went along to the ABC3 studios to be a guest on Studio 3, their national morning kids’ show. I was to be interviewed by the hosts, Liv and James, about my You Choose series of books. Now, Studio 3 has a bit of a reputation for throwing cream pies at its guests. Tristan Bancks was on the show earlier this year and warned about it (he even posted a pic on Twitter)… his advice was not to get any in my mouth as they’re actually made of shaving cream. Yum, yum!

Even though I knew what I was in for, I couldn’t help feeling a little apprehensive. 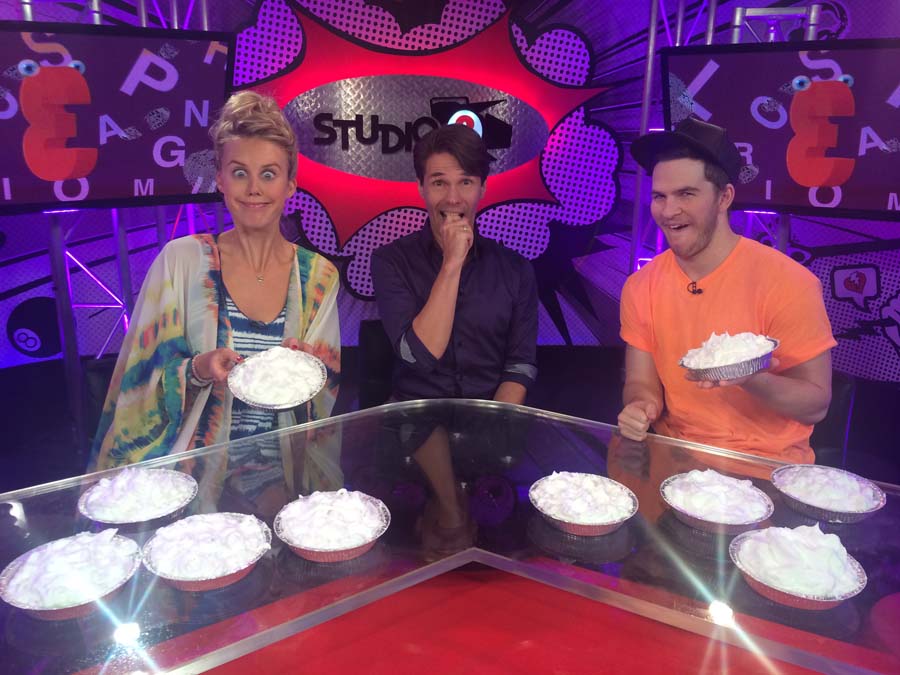 In line with the reading experience of the You Choose books, where the reader has to choose which way the story will go, the hosts conducted a You Choose style interview. On the table in front of me were ten cream pies. There were questions under five of them. If I chose a pie with a question, all I’d have to do is answer that question. But under the other five pies were little pie symbols — if I picked one these, I’d get to wear the cream pie. Cool concept!

I did not choose well. After a promising start with a question under my first pie, I proceeded to choose poorly… very poorly indeed! 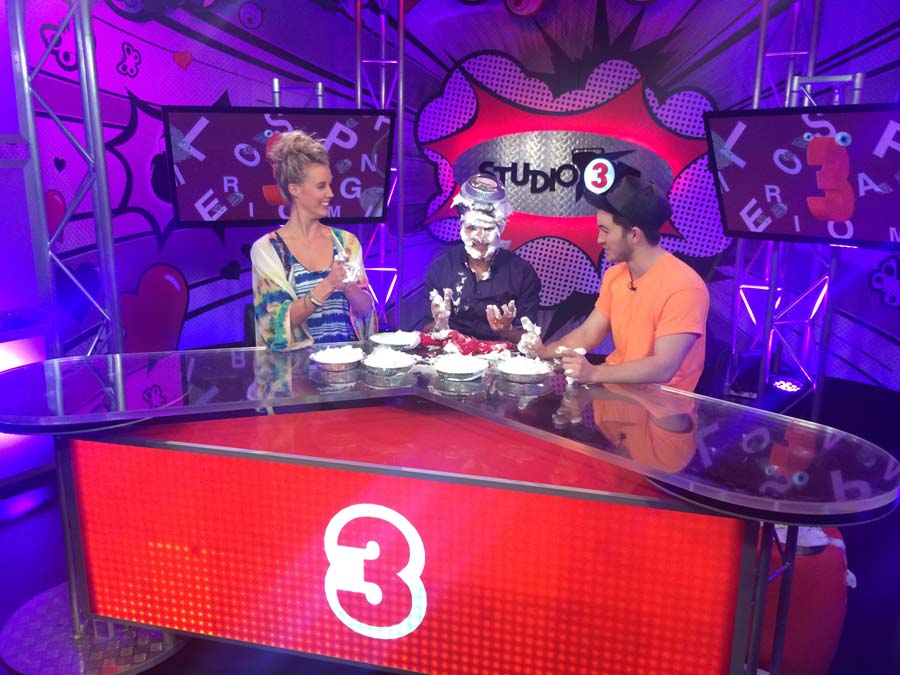 But I did manage to get my own back. James offered to pick a pie, and he too chose poorly. 🙂

Despite having five cream pies splattered all over me, I still managed to get a few questions answered as well. Although, believe me, it was rather difficult speaking coherently while trying to hold back the laughter. It was the most hilarious interview experience I have ever had. 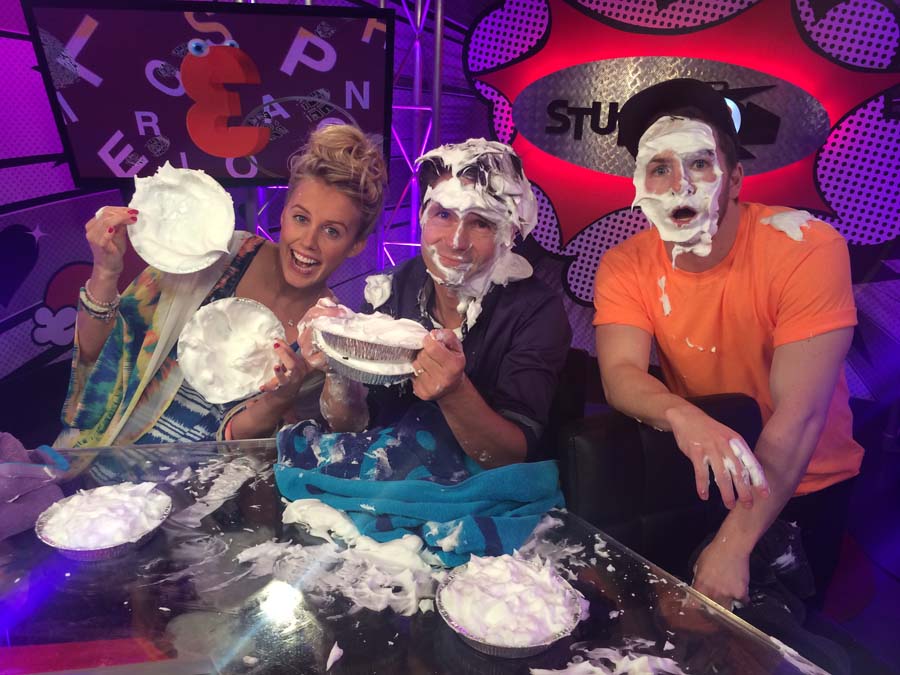 After it was all over and I had been cleaned up, they did a second interview, sans pies, going into a little more depth about the books. I think they felt sorry for me, as I may have broken the record for pie-creamed guest. 🙂

If anyone wants to see the action (I wonder if there will be slow-mo?) it is scheduled to screen at about 7:10am on Tuesday 10 June. The second interview may show up later in the show (if there’s time) or it might end up on their website.

Let me conclude with a HUGE thank you to everyone at ABC3. The director, the sound person, the makeup person, the stage manager and the camera crew (sorry folks for not remembering your names) were all wonderful. The hosts, Liv and James, were friendly and thoroughly charming, making me feel very much at ease. And a particular thank you to producer Conor Ayres for taking such good care of me and for providing the wonderful photos in this post.

Seriously people… I had an absolute BLAST! I never realised that television could be this much FUN. If Studio 3 ever wants me back — I’m there!

Hmmm… I wonder if they need an extra host? I could audition for that. That way I’d get to be on the throwing end of the pies.  😉