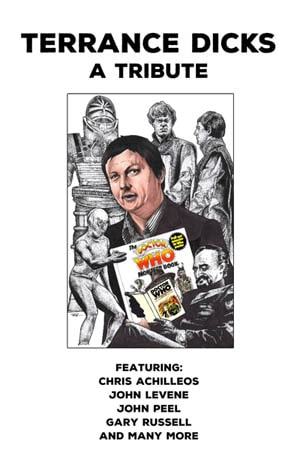 A couple of weeks ago, one of my writing heroes passed away. Terrance Dicks was best known for his association with Doctor Who. He was a script editor and writer on the classic series. He also wrote dozens of the Target novelisations. And he continued to write Doctor Who stories after the series was revived, his final one to be published soon in Doctor Who: The Target Storybook.

Since his death, I’ve watched the tributes and reminiscences flood over social media. It seems that he had as great an influence on many other writers as he did on me.

Candy Jar Books, the publishers of the Lethbridge-Stewart series of Doctor Who spinoff novels, have put together Terrance Dicks – A Tribute. It’s a free PDF available from their site with contributions from Gary Russell (writer/editor/producer), John Peel (writer), John Levene (actor – Sergeant Benton in Doctor Who) and many others. You can download the PDF here.

I was honoured to be able to contribute a short piece, which I am also including here on my blog. 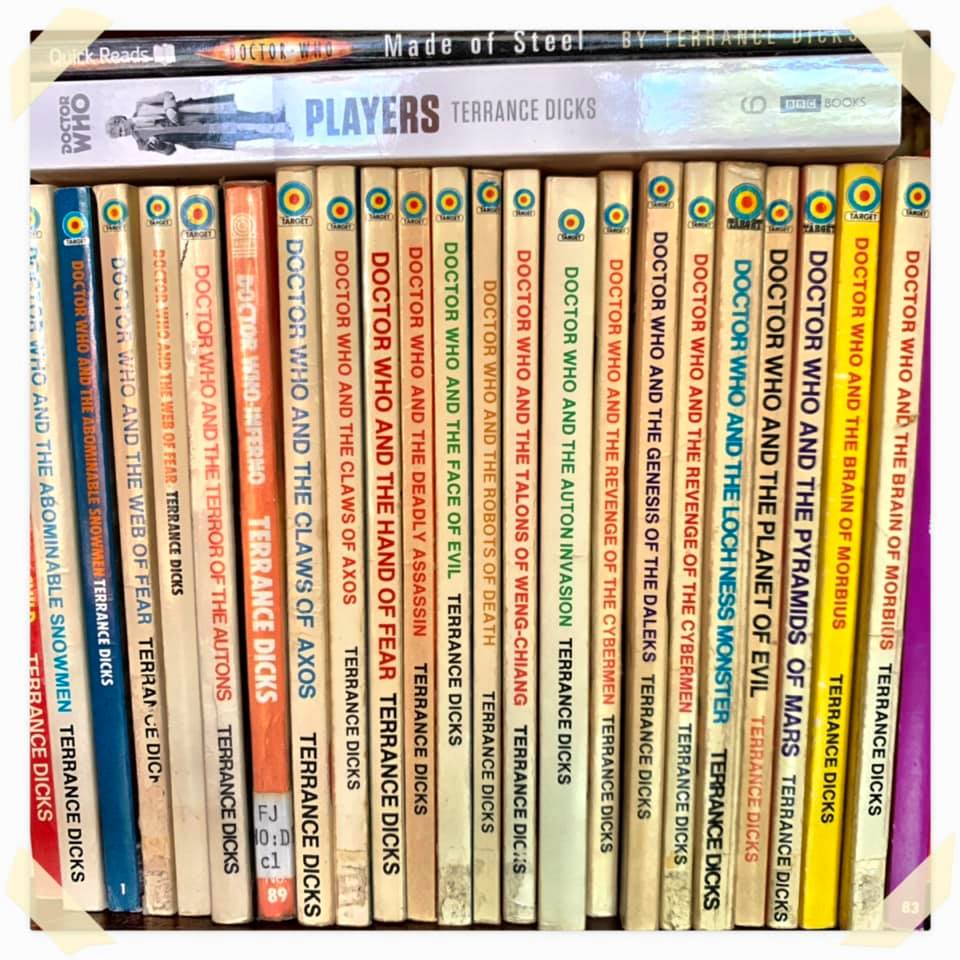 Forever in your debt

“Kriz was dying.” [Doctor Who and the Brain of Morbius]

“It moved through the silent blackness of deep space like a giant jellyfish through the depths of the sea.” [Doctor Who and the Claws of Axos]

“The planet was alive.” [Doctor Who: The Planet of Evil]

Terrance Dicks knew how to grab a young reader with his first sentence and keep them reading, desperate to find out what happened next, unwilling to put the book down until every last word had been devoured.

As a kid, he inspired me to read, with his Doctor Who novelisations. I hung on his every word.

As a kid, he inspired me to write. After reading his books, I began to write my own Doctor Who stories. Yes, they were pretty dreadful bits of fan fiction, but they taught me that writing could be fun. Such an important lesson.

So then I grew up and became a writer. And Terrance Dicks continued to inspire me.

I would read his work and see the genius of its construction. His carefully worded opening sentences and paragraphs, designed to hook in the reader. The shorthand descriptions that immediately brought characters to life within the short word-count of a Target novelisation. The way he provided insight on motivations and the way he expanded stories beyond the budgetary limitations of the television series.

I would look at his career and marvel at his professionalism and his ability to produce so much while maintaining quality and enthusiasm and a love of his craft. Something I strive for in my own career. He became my writing hero.

Now, when I run school writing workshops that focus on structure, Terrance Dicks always gets a mention. I read out what I believe to be one of the greatest opening lines, ever.

Although the man is now gone, his writing remains. I can pick up and read his words whenever I want. I can recommend his books to other readers. I can use his words as an example when I am teaching.

But the final words, I shall leave to Terrance Dicks, the writer…

“The doors closed, there was a wheezing groaning sound, and the TARDIS faded away.” [Doctor Who and the Brain of Morbius]

I was on BBC Radio! Survival Book Trailers