I was on BBC Radio! 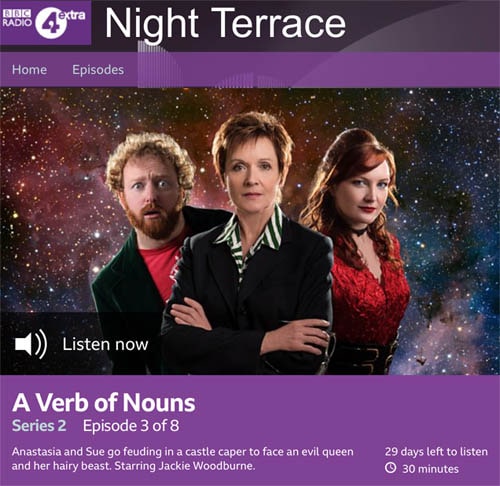 It’s not every day that one gets the chance to act for the BBC. But last Sunday night, at 6pm, my dulcet tones graced the airwaves of BBC Radio 4 as Scribe in “A Verb of Nouns”, the third episode of the second season of Night Terrace.

Night Terraceis an Australia sci-fi comedy audio series that stars Jackie Woodburne from Neighbours. It’s had heaps of famous guest stars over the course of its two seasons, including Jane Badler (V), Louise Jameson (Doctor Who), Alan Brough (Spicks and Specks) and Lawrence Leung (Sucker). Season 1 debuted online in 2014 and Season 2 in 2016. It won the 2015 Aurealis Convenors’ Award for Excellence and gained many fans over its run.

It was originally available only for purchase. But earlier this year it was picked up by the BBC to be broadcast on BBC Radio 4, with each episode then available for 30 days on BBC iPlayer.

As a fan of the show, I was delighted and super excited to be cast in a guest role during its second season. I had so much fun playing a wonderfully mysterious and manipulative character with a silly voice. And now, for that episode to be on BBC Radio is really rather astonishing to me.  But pretty cool! 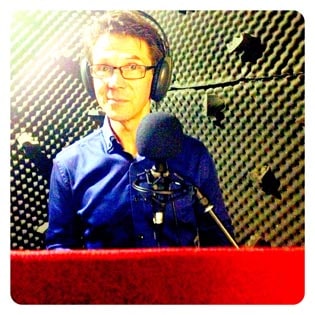 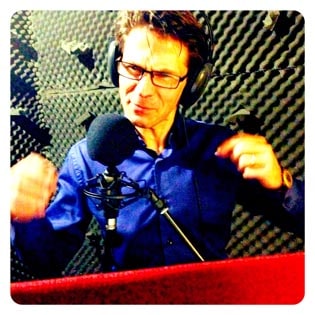 So a BIG thank you to the BBC.

And a BIG thank you to the Night Terrace producers.

And a BIG thank you to anyone who may have listened to the ep.

If you want to know more about Night Terrace, and perhaps purchase the entire series (it really is worth it), check out the official website.