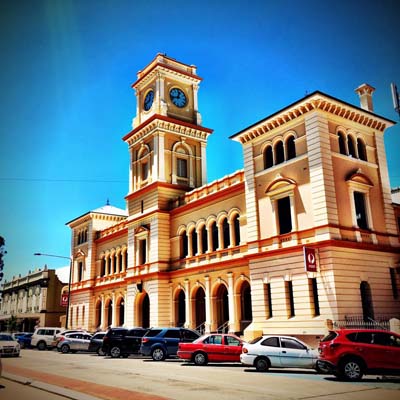 It’s hard to separate a festival from its location. And really, in this case, why would you want to? Goulburn is such a pretty town, filled with wonderful old buildings (one of them being the Mandelson’s Hotel, where I stayed), excellent cafes and a giant concrete Marino nicknamed Rambo. And the Goulburn Reader Writer Festival was as warm, friendly and engaging as the town.

Over the course of two days (Sat 12-Sun 13 Nov), I met established writers, aspiring writers, illustrators, teachers and readers of all ages. The enthusiasm for and love of books was overwhelming. The audiences at each session were engaged, enthused, receptive and welcoming. This event was so well organised, even though it was the Goulburn Mulwaree Library’s first go at putting together a full-on literary festival. Rather impressive! 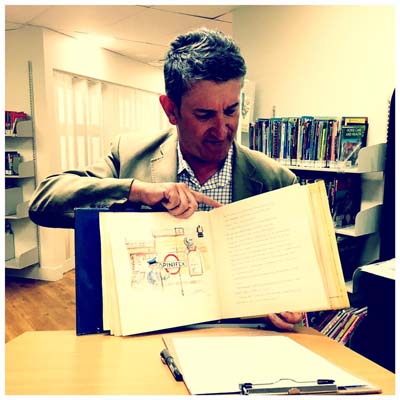 I had the privilege of being on two panels hosted by eminent political cartoonist and author Warren Brown – a man who has harbored a desire to be a children’s author since, at the age of 16, he created a book with meticulously hand-written text and beautiful illustrations. He shared his little blast from the past with the audience of “The Magic of Reading to Children”, a panel which included author/illustrator Tania McCartney and illustrator Danielle McDonald. Then there was “The Digital/Paper Divide: is it real or imaginary”, a pithy discussion which featured author Jenny Bond, author/digital marketing strategist Patrick Lenton and politician/author/train enthusiast Tim Fischer AC. It was some pretty amazing company to be in!

I also had two solo sessions – a story structure workshop and a presentation titled “Becoming a Children’s Author”. Although the workshop was aimed at young people, the grown-ups outnumbered the kids. But any worries I had about this were quickly dispelled, as audience members of all ages eagerly participated in the interactive session. And the presentation went so well, with so many questions at the end, that we ran 15mins overtime (it was the last event of the day, so we were able to do so without encroaching on anyone else’s time).

For me, things finished up with the Literary Lunch on Sunday before I had to head for the airport. This event was a highlight! I had the chance to meet Costa from Gardening Australia (who was presenting at the festival later that day), see the Lieder Theatre Company in action with excerpts from plays by local writers, and hear Tim Fischer wryly comment on networking, political and literary:

It’s all about protocol, vitriol, alcohol, and after a hard day, Panadol.

And then there was the food – it just kept on coming! Seriously, I waddled out of the Council Chambers where the lunch was held. 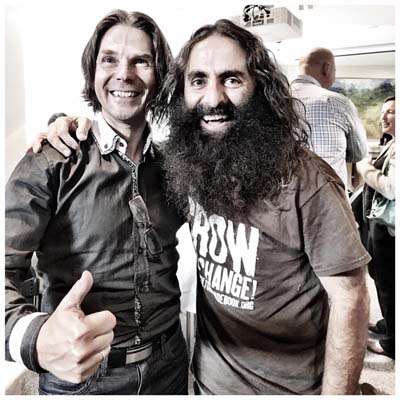 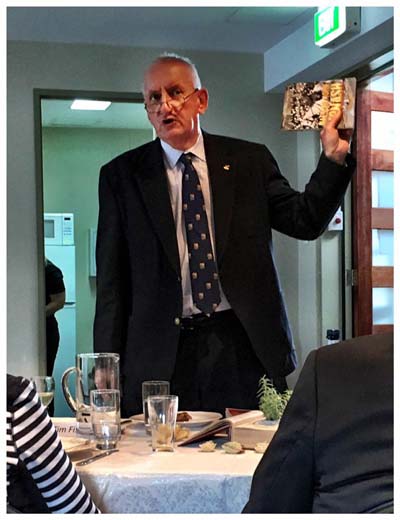 Oh, and there was a rather spectacular “Fire Show” in the park on Saturday night.

The Goulburn Reader Writer Festival was a wonderfully enjoyable event and the Goulburn Mulwaree Library should be very proud of its achievement. I hope the future holds many more such events for Goulburn.

My sincere thanks to the festival organisers for inviting me. And many thanks also to the wonderful Hazel Edwards for recommending me to them. 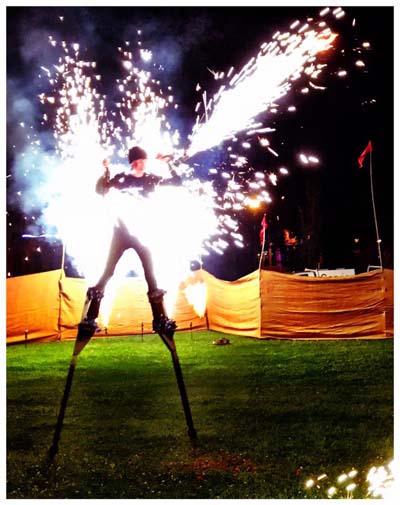