Kids and DOCTOR WHO and 13 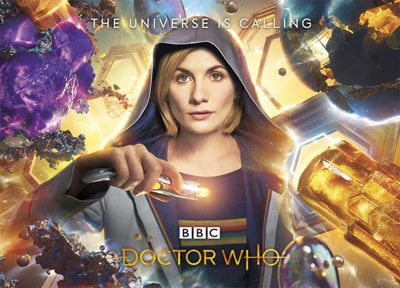 The BBC have released an utterly gorgeous video with school kids getting a preview of DOCTOR WHO Series 11 and a surprise visit from the 13th Doctor herself, Jodie Whittaker (see bottom of post)

Just look at the excitement on the faces of these kids. Anyone ranting against the decision to cast a woman as the 13th Doctor, needs to watch this and have a think about what it is that frightens them so much. These kids not only accept a woman in the role, they are downright excited about it.

As a children’s author, I do heaps of school talks, and I usually mention that I’m a DOCTOR WHO fan. In all those times, since the announcement of Jodie Whittaker, there has been an overwhelming excitement from kids I’ve spoken to about the casting. The only negative reaction I’ve seen in my school visits (and it was more wariness than dislike) came from one older teen boy and two teachers (both white middle-aged males).

The kids in this video, and others like them, are the future. The series is being made for these people… not for entitled, bigoted, old-fart dinosaurs who are unable to accept change within a series that has built its existence around being able to change.

I am just as excited as these kids…