Life, Death and Detention is back 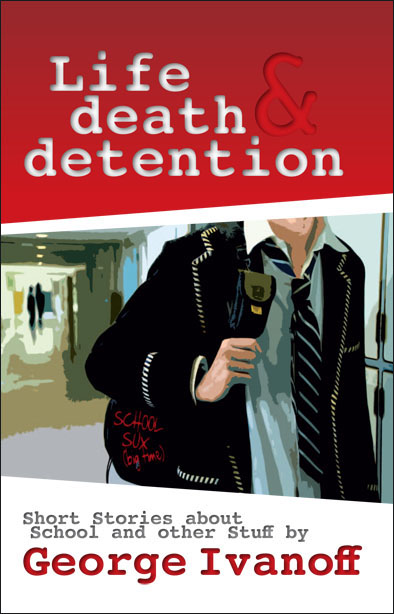 I am very excited to announce that my first book, a collection of short stories about life in high school, is about to be republished. Life, Death and Detention has a new publisher, a new cover and even some new content.

Originally published in 1999 by Margaret Hamilton Publishing, it has been out of print for a number of years. Despite this, it has remained on the Year 7 & 8 booklist for the Victorian Premier’s Reading Challenge.

The new edition will be published in July by Morris Publishing Australia, and will be available in both print and eBook formats. The rather fabulous new cover was photographed and designed by my wife, Kerri Valkova. 🙂

The line-up of stories remains the same. But they have been updated. They were all originally written in the mid 1990s, before the common use of email and mobile phones and various other bits of technology. So the stories have been given a bit of a face-lift to bring them into the 21st Century. Each of the stories is now followed by an Afterword, explaining my intentions and giving a little background. The idea of this is as an aid to classroom discussion… hopefully an encouragement for schools to purchase copies. (That’s a big HINT HINT to any teachers reading this. 😉 )

As I’ve already mentioned, I am VERY excited about this release. I can’t wait to actually hold a copy in my hands.