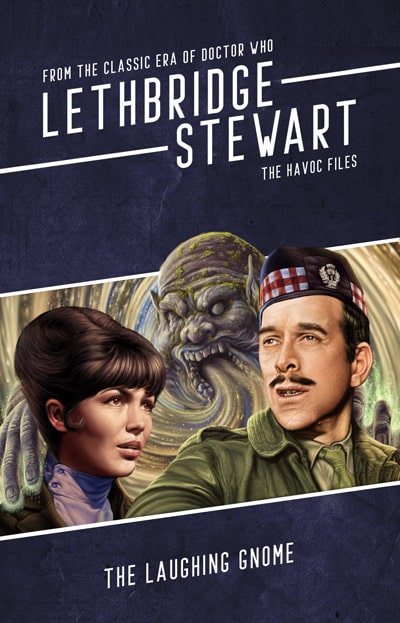 Wow! My short story, “Pure History”, from the Lethbridge-Stewart anthology The Havoc Files: The Laughing Gnome has made it onto the shortlist for this year’s SCRIBE AWARDS. These awards are organised by the International Association of Media Tie-In Writers (IAMTW) and are described in the official blurb as follows…

“Acknowledging excellence in this very competitive field, the IAMTW’s Scribe Awards honor licensed works that tie in with other media such as television, movies, gaming, or comic books. They include original works set in established universes, and adaptations of stories that have appeared in other formats and that cross all genres. Tie-in works run the gamut from westerns to mysteries to procedurals, from science fiction to fantasy to horror, from action and adventure to superheroes.”

I am over-the-moon excited! And this is such a welcome motivational boost. I am currently finishing up my novel for the Lethbridge-Stewart series and facing my usual “OMG! What if this isn’t good enough? What if the editor hates it?” fears. While this shortlisting hasn’t completely done away with those fears, it has boosted my confidence a little.

Many thanks to Lethbridge-Stewart series editor Andy Frankham-Allen from Candy Jar Books for giving me the writing gig. HUGE thanks to the judges for including my story on this awesome list. This is the second time I’ve been shortlisted, the first being in 2017 for my short story “An Eye For an Eye” from the anthology, The X-Files: Secret Agendas.

And, of course, HUGE CONGRATULATIONS to all the nominated authors (especially fellow Candy Jar author John Peel). Check out the full shortlist here. There’s some really cool stuff on it.