Scribing through time and space

On Monday 29 February 2016, the second season of NIGHT TERRACE was launched. What is NIGHT TERRACE? I hear you ask. Well, let me answer you. It’s simply the best comedy sci-fi audio series since THE HITCH-HIKER’S GUIDE TO THE GALAXY. And it’s an Aussie production. And it stars Jackie Woodburne from Neighbours. And it won the 2015 Aurealis Convenors’ Award for Excellence. And it’s had heaps of famous guest stars, including Jane Badler (V), Louise Jameson (Doctor Who), Alan Brough (Spicks and Specks) and Lawrence Leung (Sucker). And I guest star in an episode too (but don’t hold that against the show).

Here’s the official synopsis of the series…

Anastasia Black just wanted a quiet retirement, so she wasn’t exactly thrilled when her house spontaneously started to travel in time and space. Or that she’s stuck with Eddie Jones, who happened to be on her doorstep at the time. Together they’ll face alien invasions, hideous monsters, time paradoxes, implausible spaceships and even a new housemate. But will the house ever take them home?

I’ve been a fan of this series ever since the first season hit the Internet in 2014. As a fan, I was thrilled when the producers asked me to voice a character in the second season ep “A Verb of Nouns”. I portray a mysterious manipulating scribe named… Scribe (quite appropriate, since I’m a writer in real life). 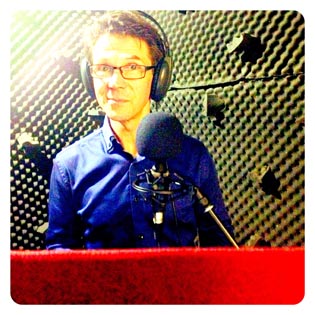 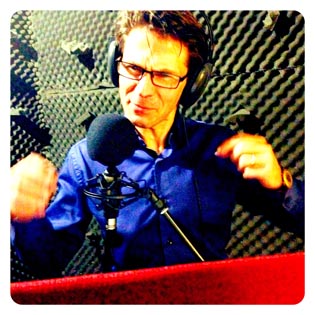 When I asked how I should play the part, writer/director John Richards (co-creator of the ABC series OUTLAND), suggested Catweazle. So I dug deep down into my childhood memories to retrieve Geoffrey Bayldon’s performance from this fabulous 1970s tv show. I only had to read one sentence from the script for John to then advise me to ‘tone it down a bit’. (What? Me? OTT? Surely not!) We got there in the end — a performance I’m rather proud of. And it was heaps of fun!

I’ve listened to the whole of second season already and I think it’s pretty damn BRILLIANT! Role on season three!

Now… you should all go and listen to it.

Check out the official NIGHT TERRACE website for more info and some trailers.