The X-Files — excitement and fear 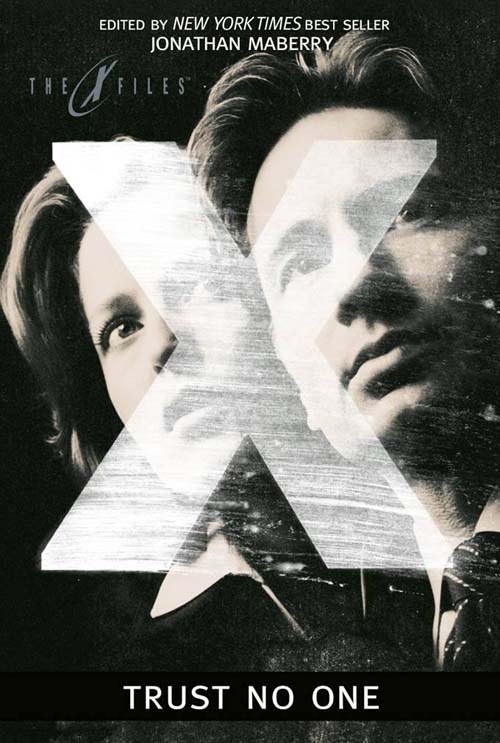 IDW Publishing in the US is releasing three volumes of short stories based on the television series The X-Files. These anthologies are being edited by New York Time best-selling author Jonathan Maberry. The first book, Trust No One, is set for release on 28 July 2015. Volumes two and three will follow in 2016.

Why am I telling you this?

Well, firstly I’m a bit of a fan of The X-Files and I love short stories. Having the two combined is pretty cool, and I am very much looking forward to reading them.

Secondly, I’ve written a story for volume three. 🙂 Titled “An Eye For An Eye”, it’s set during the first season of the series.

Writing for a franchise like this is both an exciting and scary thing. Exciting, because I finally get to play in a sandbox that I have admired from afar. Scary, because there is such an excellent body of work to attempt to fit into.

The fear came first. Would I be able to write something that lives up to the legacy of the series and the expectations of other fans? I overcame this fear with research.

Getting the opportunity to write this story gave me the excuse to go out and buy the series on DVD (hooray for tax deductable expenses). I then binge-watched the entire first season to remind myself of the characters, their nuances and their world. It was a fascinating experience. I had forgotten about Mulder’s obsession with slides. He was always showing slides to Scully. And there was more humour than I remembered. The banter between Scully and Mulder was dry and witty and priceless. Immersing myself in season one was invaluable… it dispelled the fear and engaged the excitement.

I loved writing this story so much.

But now the excitement has worn off and the fear has returned. I wrote this story in December 2014, but publication is still a fair distance away in 2016. And I can’t help worrying about things going wrong. What if my story isn’t good enough? What if the anthology gets cancelled? What if my story gets dropped? What if? What if?

A writer’s life is full of uncertainties. And doubts. And fears. In the larger scheme of my writing career, this story is a small thing. But my fanboy nature can’t keep it in perspective. As a fan, this experience is such a BIG THING! So I will have difficulty sleeping, I will fret and I will doubt until I actually hold that anthology in my hands some time in 2016.

And then I shall be excited all over again.

YOU CHOOSE Reviews Lit Blast on the Sunshine Coast