Lit Blast on the Sunshine Coast 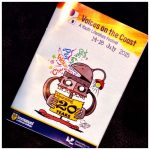 What am I talking about?

I was lucky enough to spend three days at this wonderful festival, organised by Immanuel Lutheran College in conjunction with The University of the Sunshine Coast.

Although there were public events either side, the main part of the festival was the two student days. Kids from surrounding schools descended upon the grounds of The University of the Sunshine Coast, ready to immerse themselves in the world of reading and writing. Each day, students attended four sessions of talks and workshops, choosing from the many authors and illustrators in attendance. Each day I presented two talks and conducted one workshop. 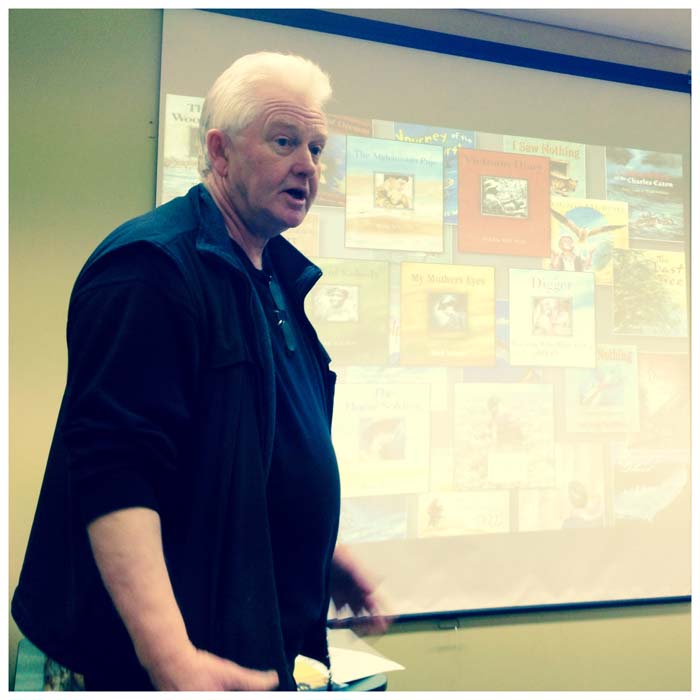 Having arrived on the Sunshine Coast the day before the school sessions started — albeit a little over an hour late (thank you Jetstar) — I was able to attend two sessions presented by author/illustrator Mark Wilson at the Noosaville Library. This was part of the festival’s additional public events. His first session was a talk to grown-ups about his approach to illustrating. His second session was a drawing workshop with kids. Mark is such a natural storyteller — his tales of war and courage, history and family, people and endangered animals were mesmerizing. He had both adults and children hanging on his every word.

The first day of the festival proper, had both primary and secondary students in attendance. I presented a talk about writing stuff-ups to the secondary students, and a more general talk to the primary students — focusing on my transition from reluctant reader to avid reader, and how that related to my current series of books, YOU CHOOSE. And I conducted a workshop about character development for the high school kids.

The second day was exclusively for primary students. I presented two sessions of my primary talk and conducted an Introduction to Writing workshop.

All of the sessions went so well. The students were engaged and excited; they were enthusiastic and creative; they were a joy to speak to.

Each day I had one free session, so I took the opportunity to see other presenters strut their stuff. On the first day I went to hear Sean Williams speak about his writing experiences. Witty and entertaining, he kept his large audience completely enthralled. When, towards the end of his session, he announced that the audience was going to help him plan a story out on the whiteboard, I froze. I had intended the same interactive exercise for my sessions. Immediately I feared that any student attending Sean’s presentation and then coming to one of mine would assume that I was just stealing his ideas. But I breathed a sigh of relief as Sean began… approaching the exercise in a completely different way from me. He and his audience ended up with a serial killer comedy called “The Ex-ecution” — a wronged girl seeks revenge upon her ex-boyfriend, but unfortunately she ends up killing lots of other people instead. Meanwhile the boy accidentally kills himself, thus depriving her of the satisfaction of revenge. ’Twas a bestseller in the making! 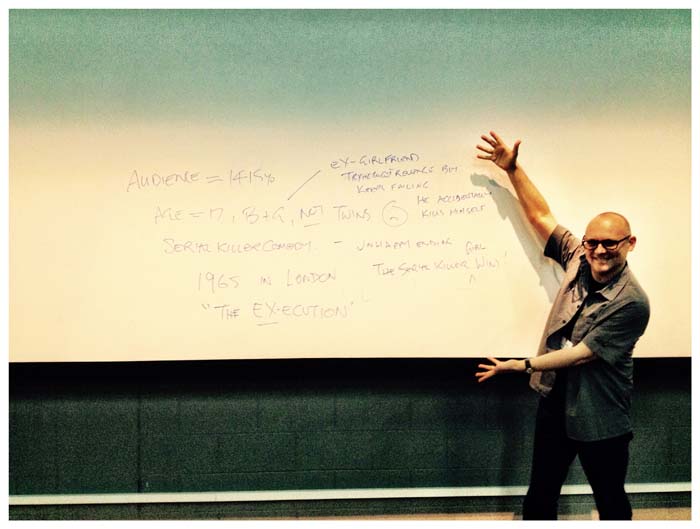 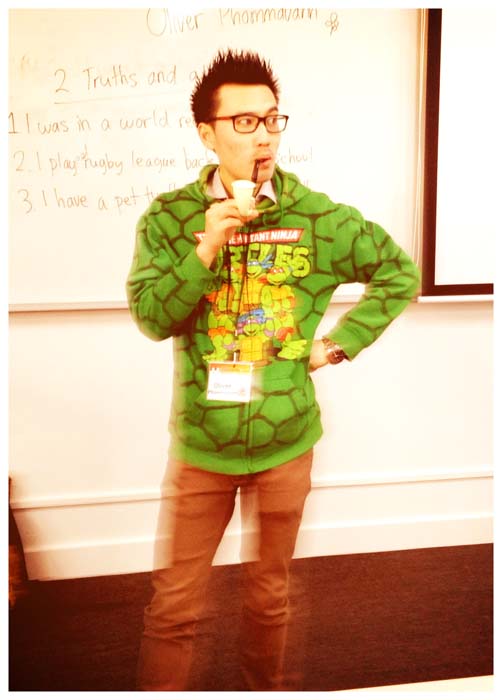 On the second day, I sat in on Oliver Pommavanh’s writing workshop. It was one of the most entertaining workshop’s I’ve ever seen. Oliver taught his students how to lie and how to get away with murder — all in the name of literature. Oh, and he shot at his students with a fart gun. The session was an inspired mix of writing tips, writing exercises and standup comedy.

The festival was officially launched by Clive Palmer at a dinner on the first night. Mr Palmer spoke with great passion about the importance of literature and education. 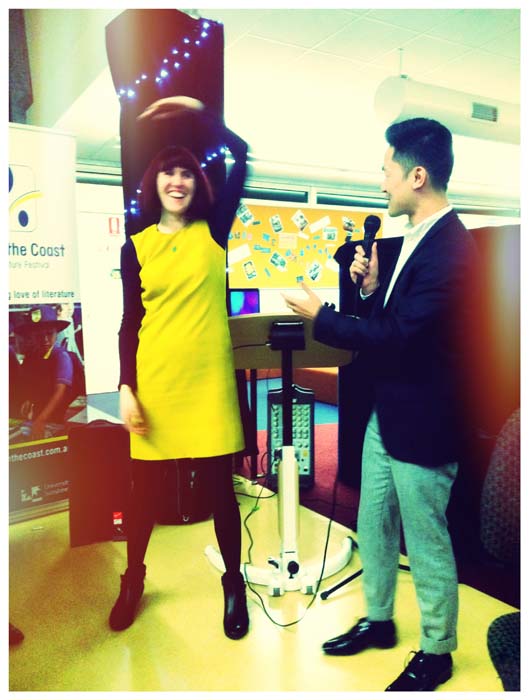 The evening continued with more speakers. Lorelei Vashti and Benjamin Law, both published authors and former Immanuel Lutheran College students, exchanged some amusing banter and got thing off to a wonderful start.

Then poet and rapper Charlie Thomson (AKA The Educator) performed thought-provoking rhymes, where he not only defended the relevance of Shakespeare to modern audiences, but also managed to slip in some wonderful pop culture references — including one of my favourite 80s films The Boy Who Could Fly. 🙂

Finally, Sean Williams took to the podium to deliver an impassioned speech about the dangers of literature — an addictive pastime seducing our youth away from far more worthwhile pursuits. Perhaps one of the most insidious dangers Sean described, was the potential progression from user (reader) to supplier (author). A brilliantly witty speech.

The festival ended for me on a somewhat rushed note. I had ten minutes from the end of my last session to make it to the connecting bus that would get me to the airport. I made it to the bus on time. I got to the airport with lots of time to spare. And then my flight was delayed (thanks again, Jetstar). 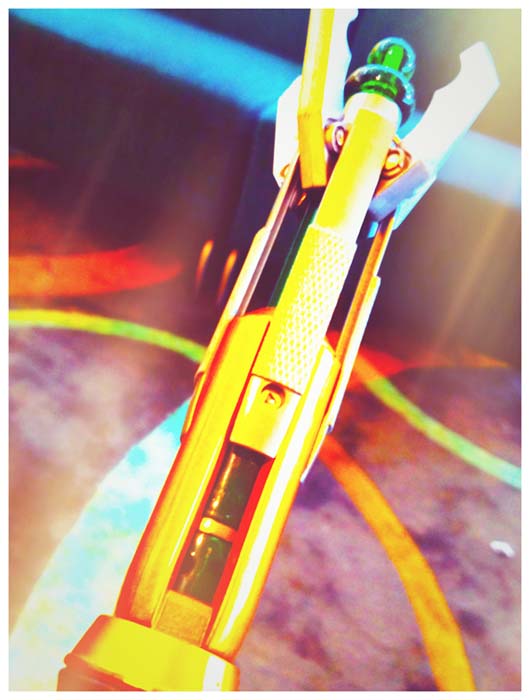 There was a tense moment at the airport when my shoulder bag had to go through the x-ray machine a second time… and then came the request to search it. The x-ray had showed up a suspicious looking object in the contents. Smiles, laughter and bad jokes ensued when the search revealed my toy sonic screwdriver.

“Why are you flying?” asked one security guard. “Shouldn’t you be in your TARDIS?”

I love that Doctor Who has become such an ingrained part of our pop culture that random strangers can instantly identify a sonic screwdriver and know what a TARDIS is. 🙂

Many thanks to the festival organisers for inviting me to be part of Voices on the Coast. It was an extraordinary experience and I am honoured to have been included amongst such a talented bunch of literary creators. And congratulations to everyone who worked on the festival. You Sunshine Coast people certainly know how to throw one heck of a great lit fest!

And now, here are some random pics… 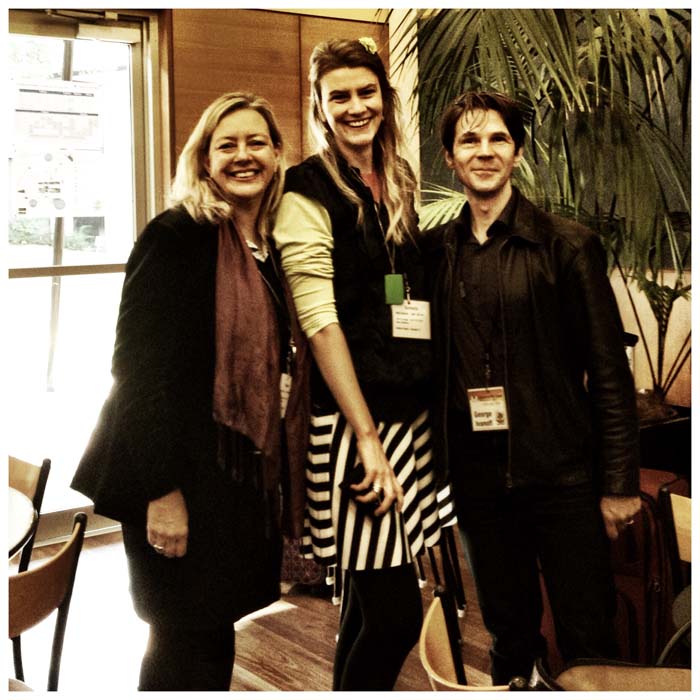 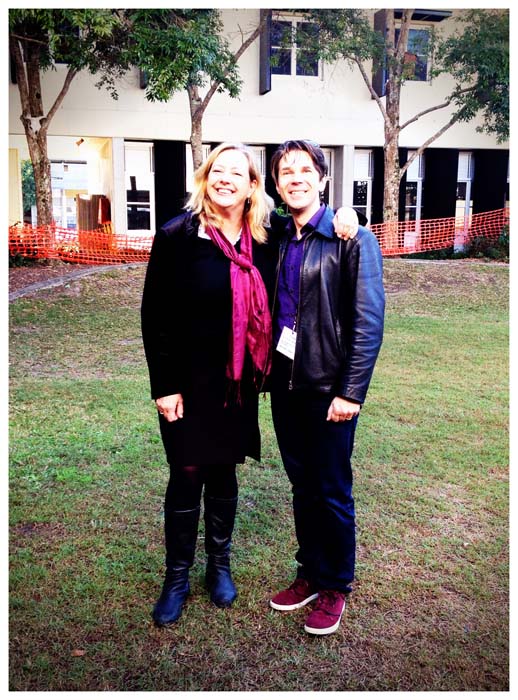 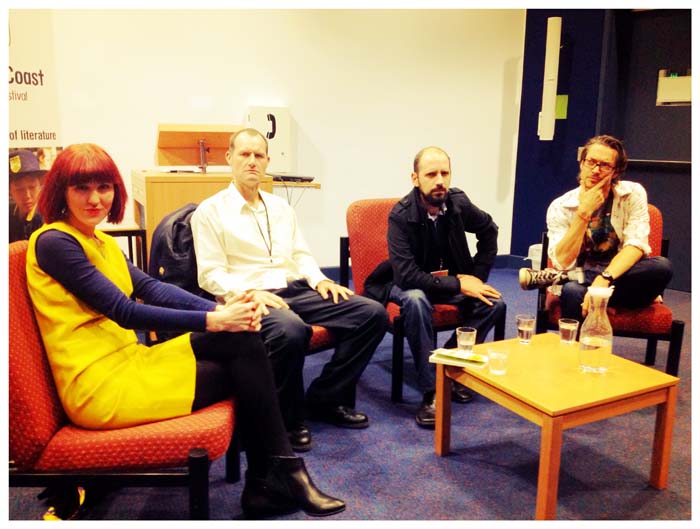 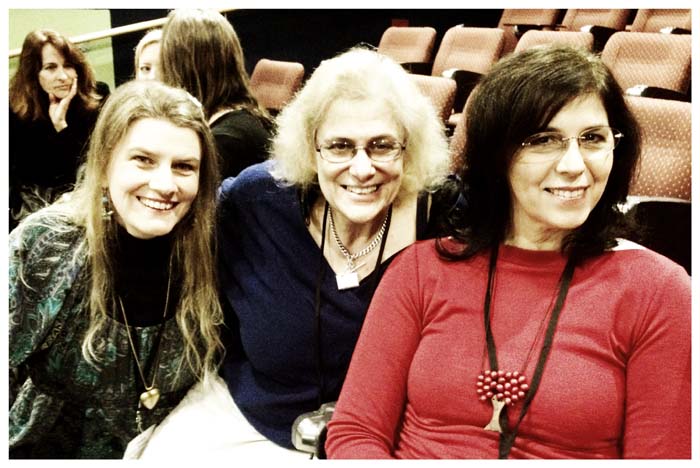