Ingredients: 34 authors and illustrators; 300+ students; 40 shortlisted children’s books; 4 awards; and, most importantly, cake. It’s a recipe for heaps of FUN! 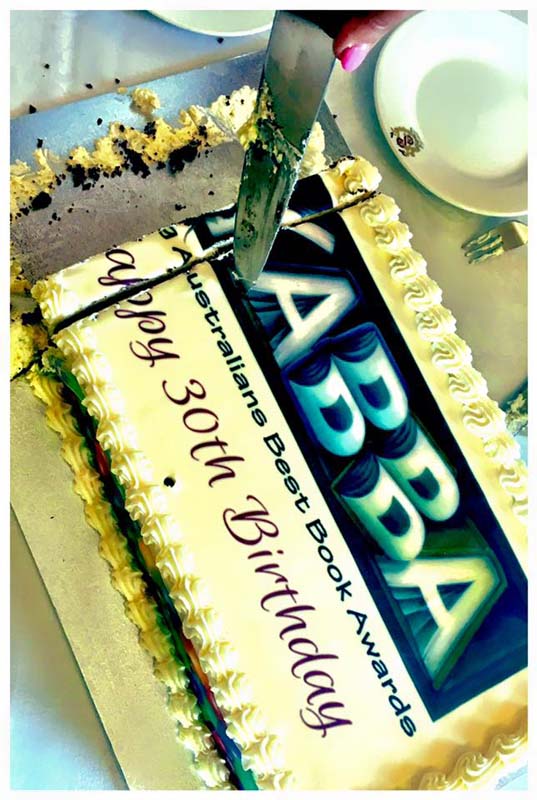 On Tuesday 27 October 2015, a whole bunch of authors and illustrators went along to a celebration of Aussie books that was attended by over 300 students. The location was Sacré Cœur in Glen Iris, the event was the 2015 YABBA Ceremony. BTW… YABBA stands for Young Australians Best Book Awards (just in case you were wondering).

This year’s awards ceremony was pretty special as it marked YABBA’s 30th Birthday. Of course, there was cake… a really BIG cake. Yum! And a glorious light-up sign — perfect for pic posing! 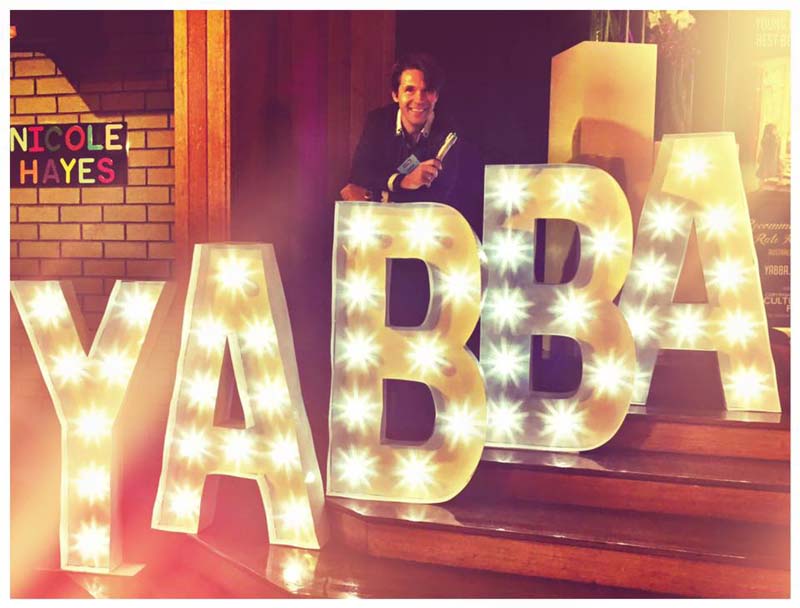 For me, the whole thing was particularly special as it was the first time one of my books had made it onto the shortlist. You Choose: The Treasure of Dead Man’s Cove was in the “Fiction for Younger Readers” category. And guess what? I won!

Wow! I won a YABBA! I’m still in shock… but it’s an excited and honoured shock. What makes this set of annual awards so special is that the books are nominated by kids. And then voted on by kids. These are the books that they actually love reading. And that’s pretty awesome!

A BIG heartfelt thank you to all the kids who have read my books, who nominated The Treasure of Dead Man’s Cove and who voted for it. You have made my year!

HUGE CONGRATULATIONS to the other winners — Aaron Blabey for Pig the Pug; Andy Griffiths and Terry Denton for The 52-Storey Treehouse; and Tristan Bancks for Two Wolves — and to all those who were nominated. It was one hell of a shortlist. 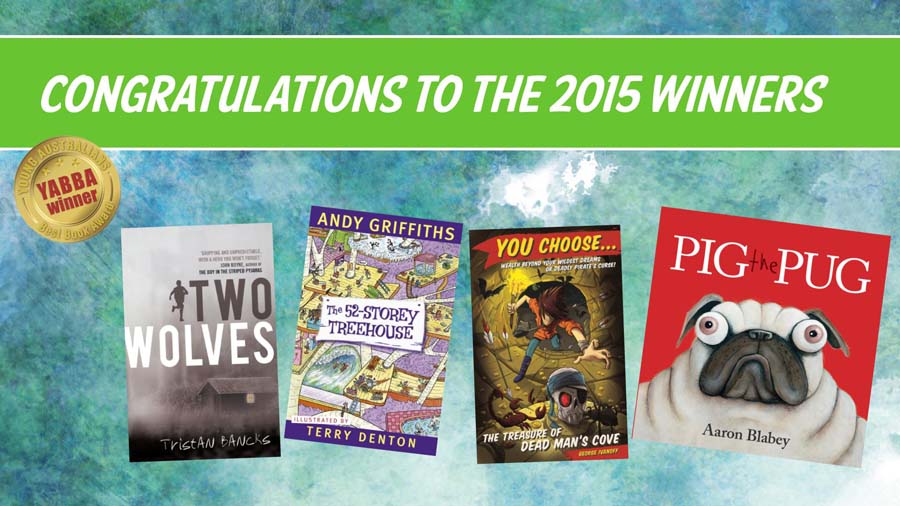 This event was also special for me because I got the chance to publically thank three authors who have had an impact on my career. During a Q&A session, I was asked if I had any writing mentors or authors who inspired me. Yes, indeed! Carol Wilkinson is a long-time friend and extraordinary writer, and each time I read one of her books I am inspired. Paul Collins has published me, encouraged me, given me advice and inspired me with the sheer volume of his writing. (I joked about how I wanted to be Paul Collins when I grew up.) Hazel Edwards is one of the most generous authors I have ever met — generous with her time, her advice and her encouragement. It was particularly wonderful to have those three authors present. 🙂

Finally, to finish off this rather thank you filled post… thank you to the YABBA organisers for running the awards each year and for promoting Australian books and authors. You people do amazing work!