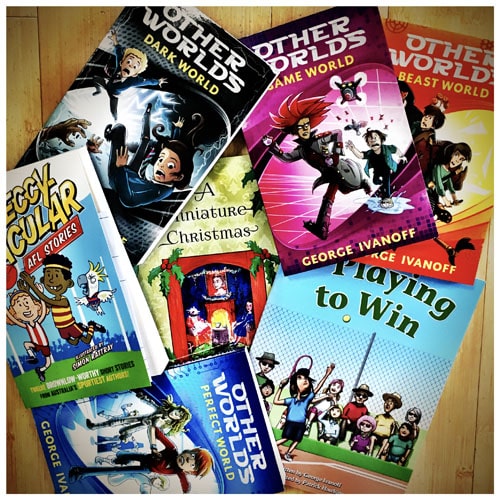 Blimey… what a year! 2018 was busy. Real busy! Like, super busy! Lots of writing and touring and speaking. It was all pretty amazing!

The big thing was, of course, the publication of the OTHER WORLDS series. Four sci-fi/fantasy/adventure books for kids aged 8 and up. Books 1 and 2 came out in February and books 3 and 4 came out in May. I then spent a large chunk of the year promoting them, with tours in Melbourne, Sydney, Queensland and Tasmania.

Only one educational book saw publication this year – Playing to Win, a reader in Macmillan’s Talk About Books series. There will be a lot more next year.

I had stories in two kids’ anthologies – “Dreaming the Win” in Speccy-tacular AFL Stories (Penguin) and “The Christmas Trap” in A Miniature Christmas (Christmas Press).

There were a couple of award shortlistings. OTHER WORLDS 3: Game World was shortlisted for the K-Zone Toy of the Year Awards (Best Book). You Choose: Footy Fever was shortlisted for the REAL Awards (Fiction For Younger Readers). This set of awards includes the YABBAs in Melbourne and the KOALAs in Sydney, and resulted in another tour (read about it here). I didn’t win either of these, but really, just getting nominated is so COOL!

But the biggest, most exhausting aspect of 2018, was all the speaking. Aside from all the touring, I also did several festivals – The Queenscliffe Literary Festival, the Bayside Literary Festival and the Tamar Valley Writers Festival. And in addition to that, I had an increase in school and library bookings, especially during term 3 around the time of Book Week. Here are the stats…

Just going back over this makes me feel quite tired.  🙂

As a result of all the travelling and speaking, I didn’t end up writing as much as the previous year. I wrote half of a new non-fiction book for Penguin (I’m still working on this and will tell you more soon), 7 short school readers and a few short stories. 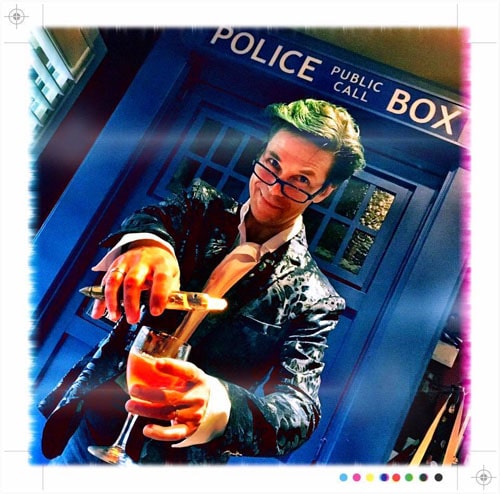 2019 has now begun, and I’m busy scribbling away. And bookings for speaking gigs have already come flooding in. Looks like it’s gonna be another busy one!

PS. Loved the new series of Doctor Who. Jodie Whittaker is ACE!