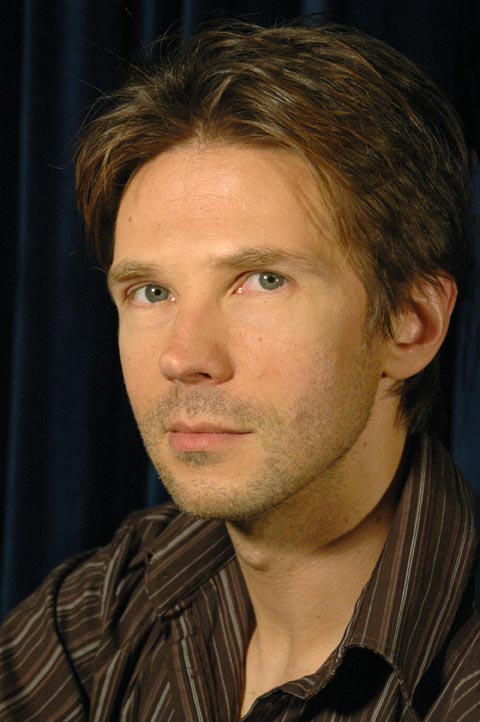 In the past, I have been known to moonlight as an actor. Look — here’s my ultra serious acting headshot to prove it.

About two years ago, shortly after the birth of my second daughter, I made the decision to stop chasing acting work and focus on my writing career. The main reason for this decision was time. With a second child to look after, my time became more limited… and chasing acting work takes up a lot of time. Constantly sending out your CV and visiting casting agents and going to auditions requires a fair bit of dedication. And then if you land a role, there’s the commitment to that role. All of this is rather difficult when being a stay-at-home dad who is also trying to grow a writing career. So I figured that I’d give the acting a rest for a few years — at least until daughter #2 would be ready to start school.

Since then, the only acting I’ve done has been voice-overs for a couple of book trailers — the one for my novel, Gamers’ Quest, and the one for Mole Hunt by Paul Collins (although my voice on this one has been modified in post-production).

Last week I was lamenting that I missed acting and that I’d love to do some again. And suddenly, here I am doing some acting. Last weekend I recorded the voice-over for the trailer for my new novel, Gamers’ Challenge. I also recorded the voice-over for a new animated short film being made by Rob Hamilton — The Tale of Charley McFarley. It was a fun, Vincent Price-ish narration about a monster in the closet.

And then I get a call from Gary Hegedus, who I’ve worked with previously, asking me if I’d be interested in a role in his new short film, Two Us. It’s a small role that will only take half a day to shoot, and, thankfully, I am actually free on the day that the film is being shot. I’ll be playing Jeff, the neighbour of a bored, older housewife with whom he is having an affair. It’s a fun, slightly sleazy role and I’m looking forward to it.

It was all rather serendipitous. I didn’t have to chase any of these gigs… they just came to me. Of course, it will now probably be another couple of years before I do any more acting.