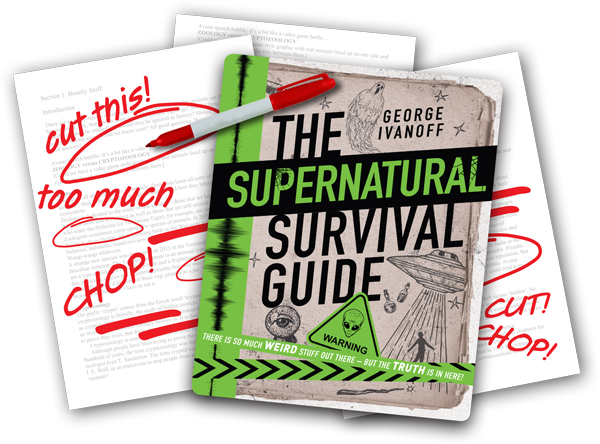 Early drafts of The Supernatural Survival Guide contained a chapter that is no longer there. Yes, that’s right. I ended up cutting out an entire chapter. This was originally going to be the final chapter in the BEASTLY STUFF section. But in the end, I decided that its focus on mythological creatures didn’t really fit in with the rest of the section..

There are many mythological creatures that no one actually believes in these days. But people used to think they were real. From Greek mythology to Norse mythology and even into Christian mythology, there are all sorts of strange creatures. And these beasts have now crossed over into today’s popular culture, featuring in novels, on television and in films.

Harry Potter and the recycled mythological creature
Loads of creatures from ancient mythology have made their way into the Harry Potter stories by JK Rowling. The books and films are filled with pixies and dragons and trolls and all sorts of other imagined beasts. We, as readers, see them as fantasy creations. We don’t for a moment think that they might be real. But once upon a time, in the past, people did believe in them. So…

Description: Large reptilian creatures that vary in description from myth to myth. Western dragons typically have wings and can breath fire. Eastern dragons are often wingless and described as having a serpent-like body. Sometimes dragons have feathers, but usually their bodies are covered in scales.

Perhaps the earliest dragon myth, from over 4,000 years ago, is from the Mesopotamian creation story. Mushussa was a dragon created by the monster Tiamat to battle in a war against the god Marduk. But there are dragon stories from all over the world. Christian mythology features a story about Saint George slaying a dragon.

Some historians believe that they may have been inspired by the discovery of dinosaur fossils.

Description: A horse-like (or goat-like) creature with a single spiralling horn in the middle of its forehead.

There are seals over 3,000 years old that depict unicorn-like creatures from the Indus Valley Civilisation of South Asia… but some historians think they may actually be aurochs, an extinct species of wild cattle. So then we move to Greece in the Fifth Century BCE. Unicorns are not found in Ancient Greek mythology. Rather, they are found in natural history accounts, because they believed they were real animals that lived in India.

Over time, the unicorn has come to be a symbol of purity and grace, with its horn said to possess the ability to heal sickness. During medieval times, narwhal horns were sometimes falsely sold as unicorn horns.

Also know as: King of Serpents

Description: An extremely venomous snake that is able to kill its victims simply by looking at them. It is referred to as the King of Serpents because of a crown-shaped crest on its head.

The earliest description of the basilisk comes from Naturalis Historia (Natural History), written by Roman author Pliny the Elder in about in about 79 AD. He writes about it as if it were a real animal. In his description, it is only about twelve fingers in length. But stories of the basilisk have become more exaggerated over the years, with the creature reaching gigantic proportions, as in the Harry Potter books.

It is likely that the basilisk myth is derived from the cobra, several species of which are able to kill from a distance by spitting venom into the eyes of their victims.

Description: A colourful bird with a crest of feathers on its head. It is born from the ashes of its predecessor.

The earliest mention of a phoenix is in the poem “Precepts of Chiron” by Greek poet Hesiod in the 6th Century BCE. Like the basilisk, it also features in Pliny the Elder’s Naturalis Historia as if it were a real animal.

Okay, this is getting ridiculous. I don’t think even the most dedicated cryptozoologist would think that any of these mythological creatures ever really existed. Let’s move on. 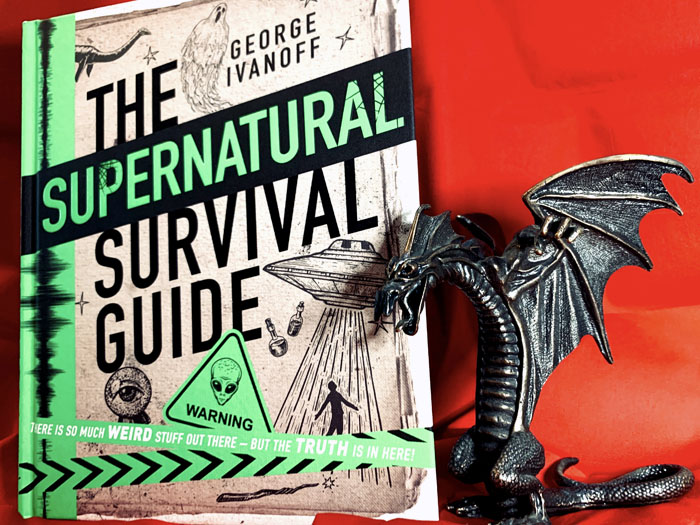 Next week, I’ll share an interview with Hazel Edwards.