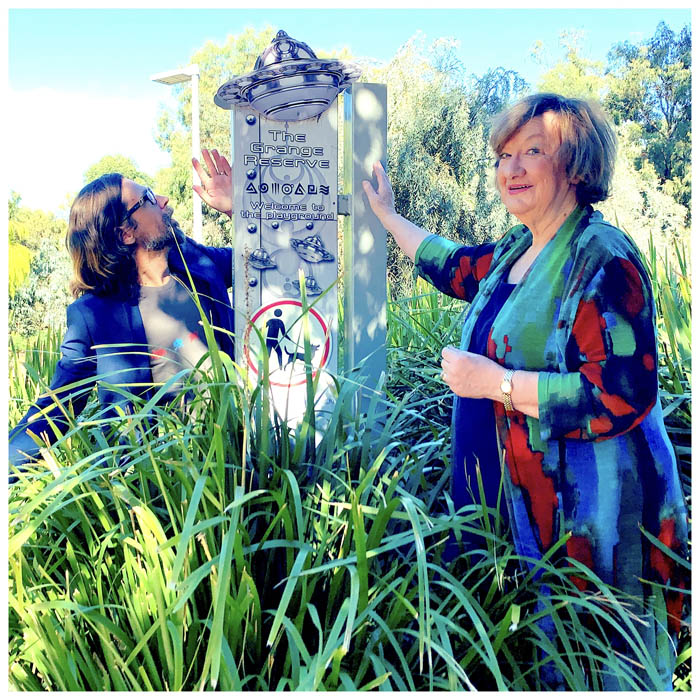 The first completed draft of The Supernatural Survival Guide contained an interview with well-known Australian Children’s author Hazel Edwards. It appeared along with the Fact File about the Westall UFO Incident in Chapter 2: Look! Up in the Sky!

In 1966, Hazel was a new teacher at Westall High School and was there at the time of the famous UFO sighting. Although she did not see the UFO, she has some strong opinions on the incident. She gave me an interview and also very graciously agreed to a photo shoot in the Westall UFO Playground that commemorates the sighting.

I was very sad about cutting this interview, but it doubled up on information already in the text. So Hazel’s appearance in the final book was reduced to a single paragraph and a photo from our playground excursion.

So, here’s the complete interview…

There’s a Hippopotamus on Our Flying Saucer Eating Cake

Melbourne children’s author Hazel Edwards is famous for her best-selling picture book, There’s a Hippopotamus On Our Roof Eating Cake, and its sequels. But her other claim to fame is having been a new teacher at Westall High School during the time of the UFO sighting. Unlike a whole lot of other people, she seems to think that it has all been blown out of proportion, with everyone getting just a little carried away.

“During the class time that afternoon, the students were hyped up, but few actually reported real evidence of seeing anything. It was gossip built on hearsay. Only later was the ‘Flying Saucer’ label used.”

“Within the school, students discussed their part in the afternoon, but as the media stories grew, there was a kind of ‘repressed memory’ exercise, where some began to remember things they hadn’t mentioned earlier.”

What about the principal trying to cover things up? That accusation has been leveled at him by many people over the years.

“Mr. Samblebee, the principal, did tend to be authoritarian, but had to retain order in a new and raw school, and was strict on the day. He tried to quieten things down but he wasn’t trying to ‘cover up’ anything, just keep control in a fairly challenging school.”

Hazel is adamant that certain other ‘facts’ were actually exaggerations. Such as the disappearing student.

“One student did leave a month or so after this, and that fact was picked up by one correspondent who claimed she vanished. Not so. Genuine transfer to another school, which happened a lot with a transitory migrant camp community as parents got better jobs elsewhere.”

Hazel firmly believes that more interesting than the UFO sighting itself, is the sense of community it created:

“The most interesting story is why a school and broader community want to believe it, and the speed at which a story can escalate. It was on a slow news afternoon that a junior secondary student rang the TV news room. And then everybody wanted to be part of it. The real story is the subsequent sense of community created by this fiction.”

Find out more about Hazel Edwards and her books at: hazeledwards.com 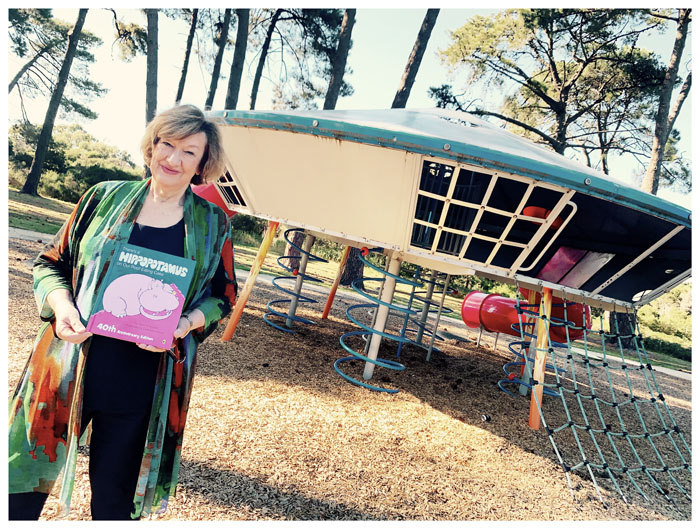 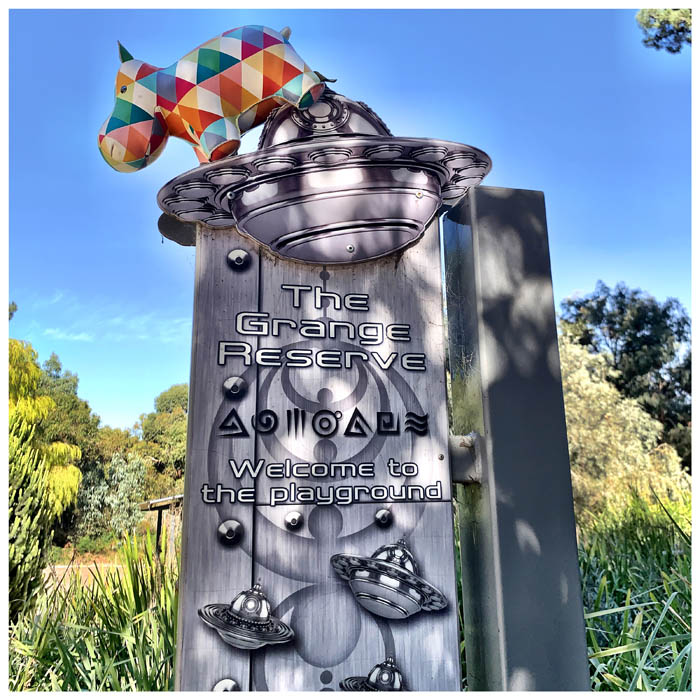 Next week I’ll share some more information about UFOs.