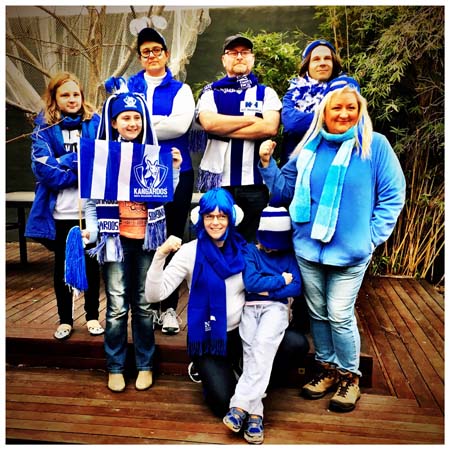 Last Saturday I went to my first ever AFL game. But why in the world would a committed non-sports person like me go to a footy match?

It was the writing of You Choose 7: Super Sports Spectacular that first led me to broaden my horizons. I decided to write this book because fans were asking for it. Whenever I did school visits, kids would ask me when I was going to write a sports themed You Choose book. Knowing very little about sports, I had to do a lot of research for this book. Aside from looking up the rules of each sport featured in the book, I also watched lots of YouTube vids of various sporting highlights. Watching all those slam-dunks, volley kicks and speckies was fun.

After the book was published, it occurred to me that I had never been to an AFL match. Footy is such a quintessentially Aussie thing and I, born and bred in this wonderful country, had never been to an AFL match. I decided it was time to rectify this. After all, even if I didn’t enjoy watching the game, it would still make an interesting cultural experience — Straylin culcha, mate! 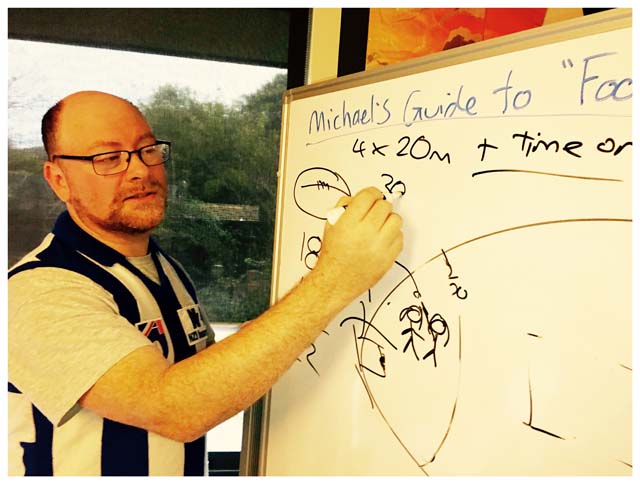 So, when friends asked if I’d like to go to the footy with them, I said YES!

Neither my wife nor two daughters have any interest in football either, but we decided to throw ourselves into the experience. We were going with North Melbourne supports… so we made sure to get decked out in their colours. I donned a jersey, beanie and feather boa in the blue and white of the mighty Roos and, after an explanation of the rules by friend Michael McGoldrick, set out (in a crowded train full of footy fans) for Etihad Stadium.

Despite my lack of investment in a team (even though I was dressed in North Melbourne colours, I really didn’t care who won), I found myself being sucked into the game and carried away with the excitement of it all . 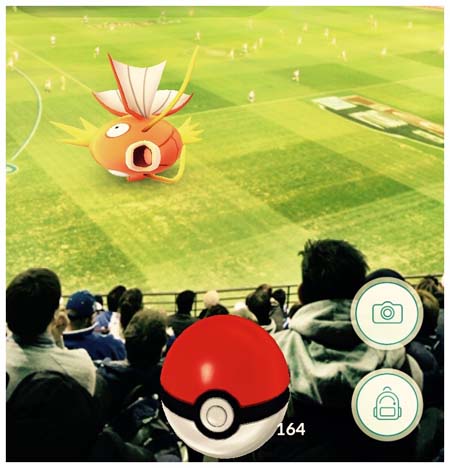 My eldest daughter was thriled to discover multiple PokeStops (with lure after lure being set off) within the stadium and lots of Pokemon to be caught. So I spent the first half of the game with divided attention, catching Pokemon between kicks. For those of you into Pokemon Go, I was astonished to see so many water Pokemon in a sports stadium — particularly flabbergasted by the Magikarp. 🙂

Aside from the game itself and the Pokemon, I was also entertained by the crowd. Watching people’s reactions to the game was fascinating.  Spectators are obviously extremely invested in the performance of their team. Excited! Loud! Emotional! Often a little over-the-top. Sometimes a little unhinged (one could argue). 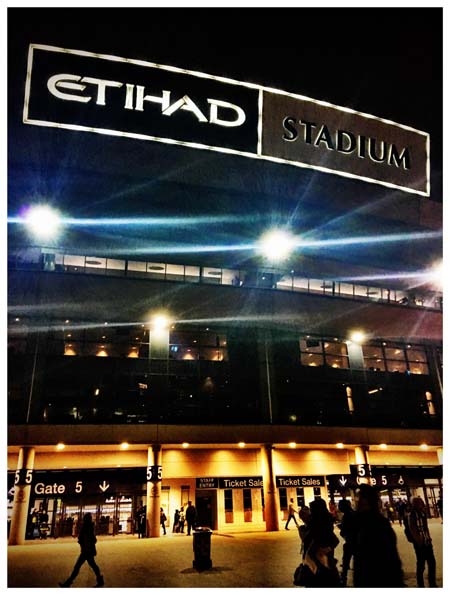 I was amazed by how unforgiving some of the fans were of their own team — yelling abuse at players who were doing their best under great pressure. Being human, they sometimes made mistakes. They were not making those mistakes on purpose. Yet so many fans seemed to take those mistakes as a personal affront, cutting no slack, forgetting the brilliant play that same player may have made just minutes before.

Being detached gave me an advantage. I could appreciate the skills of both sides. I spent a lot of time wondering what goes through the players’ minds as they make their split-second decisions… pass or kick, run or feint, keep the ball or get rid of it. Some observations…

I felt sorry for the umpires — their job is so dependant on judgment calls. Such a tough job, but no mercy from the crowd. They are the vital participants who, no matter what, just cannot win — abuse constantly being hurled at them for their decisions. But I cheered for them… ‘cause there wouldn’t be a game without them. Yay umpires! 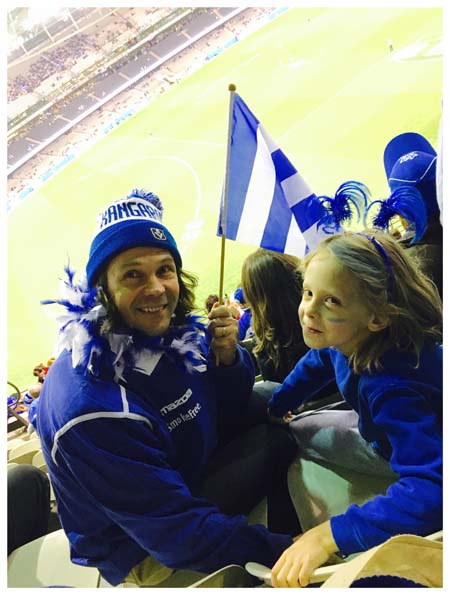 All of this now begs the question — have I been converted? Am I now a footy fan?

No! Despite enjoying the experience, I am not suddenly going to start watching the footy each week. I feel no great desire to pick a team to barrack for. But…

I don’t think that I will ever again be quite so dismissive of another person’s sporting interests as I may have been in the past. This was such an exciting and upbeat experience for me as a non-fan; so I can now understand and respect how much more exciting and meaningful an experience it would be for a sports fan.

And I would not be adverse to attending another game. 🙂