Whitsunday Anglican School in Mackay certainly knows how to host one heck of a great Youth Literature Festival. Two days of presentations and workshops with fifteen authors and illustrators, attended by thousands of students from schools all over the region.

As one of the speakers, I spent two days feeling like a rock star, speaking to packed theatres and signing autographs for long lines of kids (and some grown-ups). I don’t think I would have made it through without the student minders who looked after me. They made sure I was where I was supposed to be at all times, insured that I was fed and watered, and even went to retrieve things that I kept leaving all about the place. 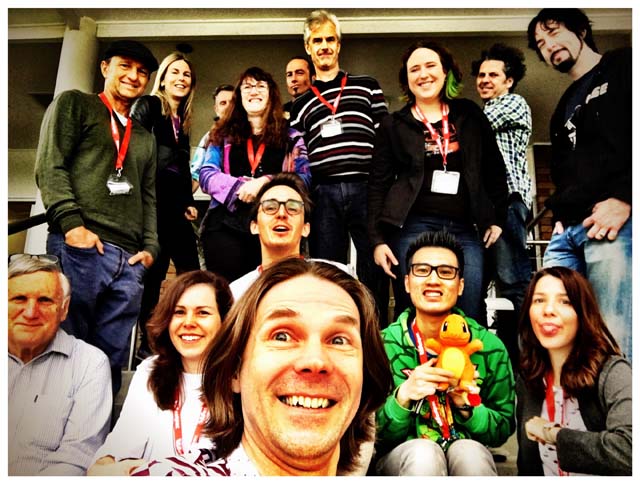 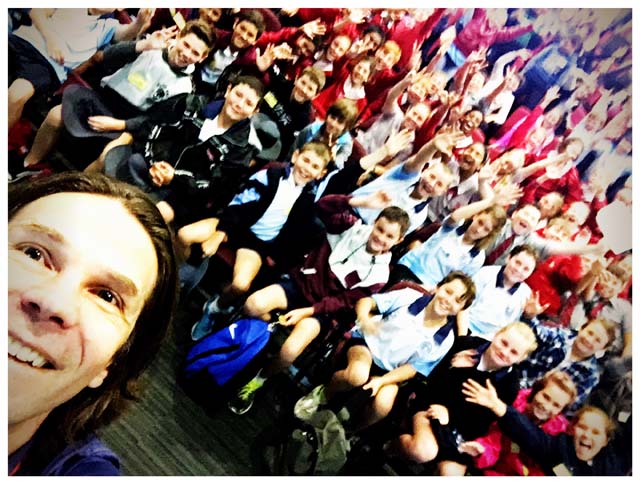 I had a pretty packed schedule, but I did manage to see a couple of presentations from other authors. Amie Kaufman and Jay Kristoff did a joint talk about their Illuminae books, which kept an entire marquee full of teenagers completely entranced. ‘Twas a very educational presentation, in which I learned all about crashing spaceships and how to die in a vacuum. I will be forever scarred by the mental image of moisture boiling away on the surface of a human eyeball. Thanks guys! 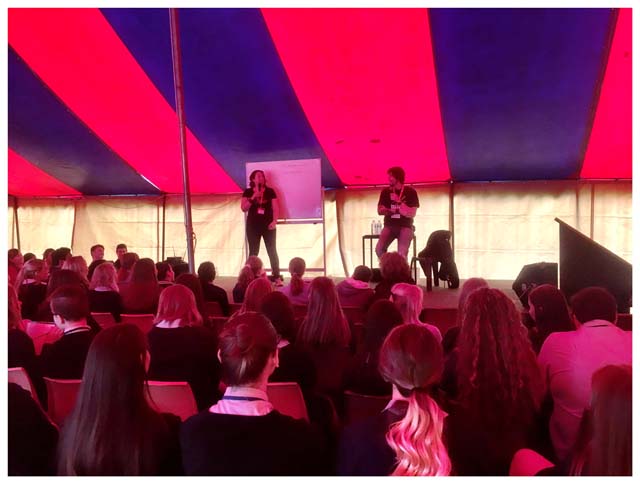 I also got to hear poet Harry Laing presenting a professional development session for teachers, about getting kids writing poetry. Passionate and engaging, he had an entire lecture theatre of teachers eagerly taking notes. I was particularly captivated by the idea of verb poems, and the examples he read out, that had been written by young students, were truly inspiring. I came away from his presentation thinking that maybe even I could write poetry. 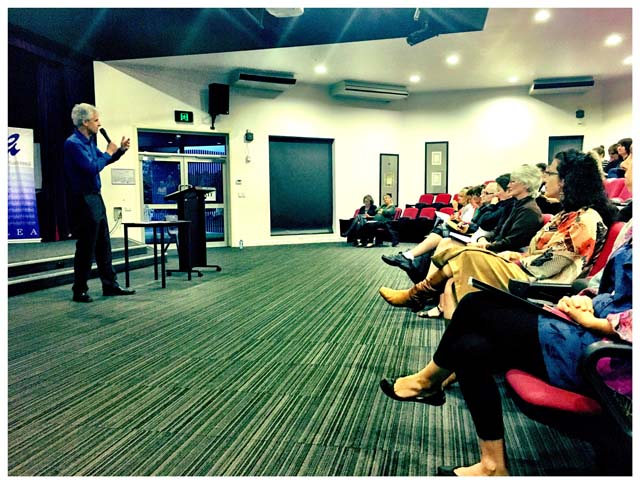 Everything finished up on the Friday night with what has to be the most glamorous literary dinner I have ever attended. As the doors to the Mackay Entertainment and Convention Centre opened, we were greeted by an image straight out of a fairytale – all glittering lights and stacked Champagne glasses. There was magic in the air and a buzz amongst attendees. 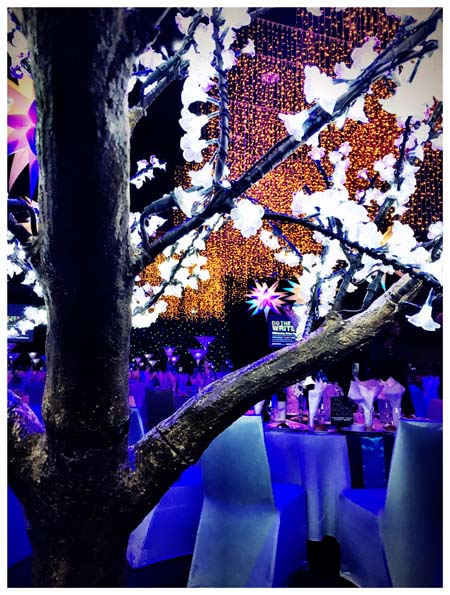 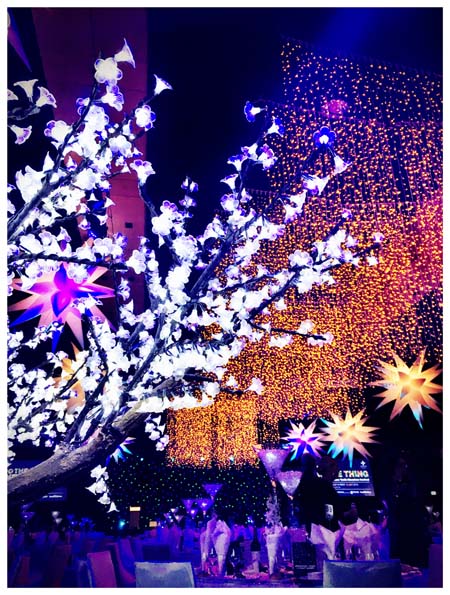 Entertainment included an extraordinary poetic, beat-boxing, rapping, Shakespearian performance by Matthew Caffoe (Mashed Theatre); and a thoughtful and engaging address by ABC radio presenter, author and former Doug Anthony Allstar, Richard Fidler. I went a little bit fan-boy on Richard and had a selfie taken with him. 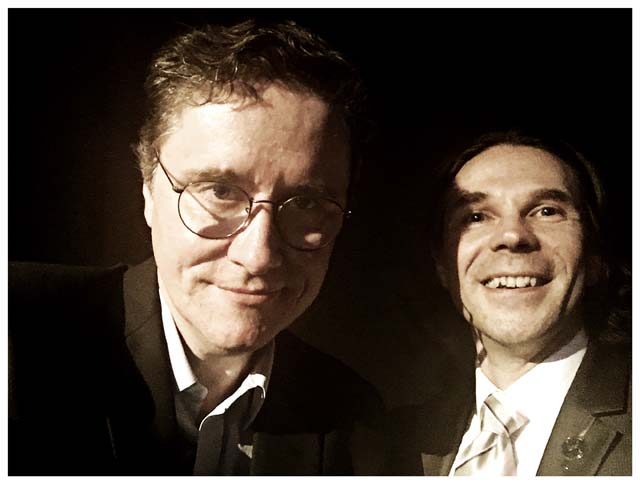 As one of the many people currently obsessed with playing Pokémon Go, I was VERY pleased to be alerted to the fact that there three PokéStops within the dining room by PokéMaster and fellow-author Oliver Phommavanh. I managed to catch a few Pokémon over the course of the dinner, including a Spearow in my Champagne. 🙂

Thank you to the organisers of the festival for giving Mackay such a wonderful event. And for inviting me to be a part of it all. You people ROCK!

I also got the chance to spend a little extra tine in Mackay, hanging with friends, being a Show & Tell exhibit for my friend Darcy and her grade 4 class at Mackay West State School, meeting a whistling tarantula (it was dead… thank goodness) and hunting for more Pokémon. Good times! 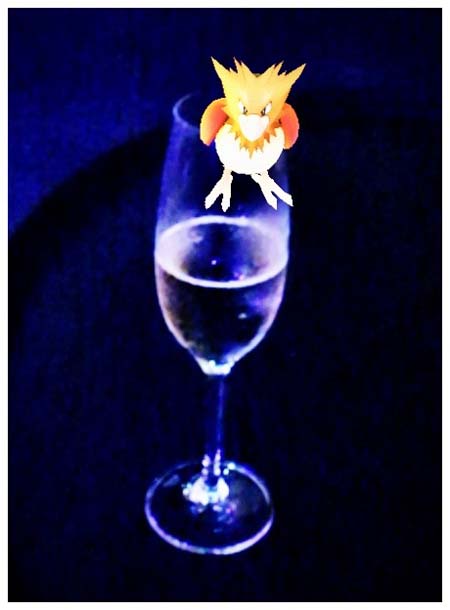 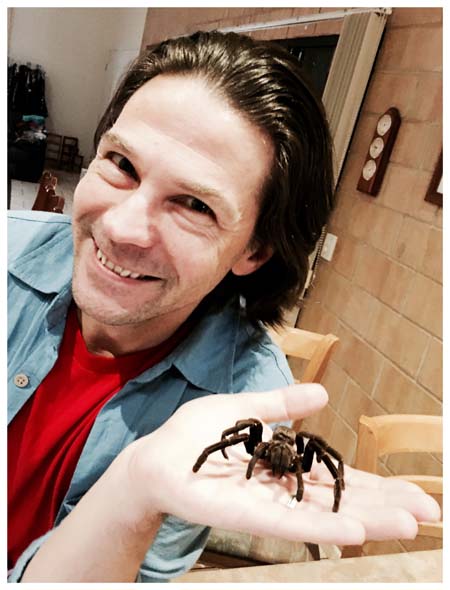