As a reader, I love short stories. They give me the ability to experience a complete tale in one sitting, when I have limited time up my sleeve.

As a writer, I love short stories. They give me the chance to experiment. And I love the challenge of getting a story, characters and setting across in a limited number of words.

Five anthologies containing some of my writing are scheduled for publication before the end of 2016 – four short stories and one piece of creative non-fiction. So here’s a bit of a preview and cover reveal. 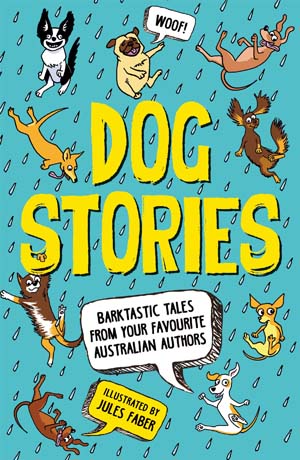 “Many Dogs, One Bone”

This story will be featured in Dog Stories, to be published by Penguin Random House in November. This is a kids’ science fiction story about a little robot dog on wheels, some vicious robot Dobermans that are after it, and a boy in a wheelchair.

Alex had never been able to walk or run. He had spent most of his life in a wheelchair, getting around by turning the wheels with his hands. He was pretty good at it. In fact, he was GREAT at it. He was the fastest kid on his wheelchair basketball team. 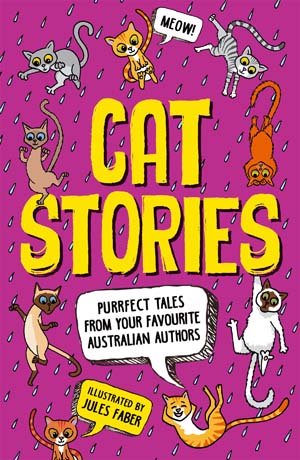 This story will be featured in Cat Stories, to be published by Penguin Random House in November. This is a kids’ fantasy about a young girl upset by her classmates’ reaction to her new short hair cut, and a very special cat that helps her come to terms with the situation.

‘All cats are guardians of one sort or another. Some are guardians of ordinary things. They protect homes against rats and mice. But some are special. They guard our dreams, our happiness, our secrets.’ She looked down at the black cat. ‘This one is the Guardian of Tears.’ 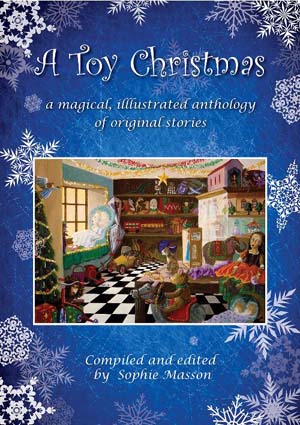 This story will be featured in A Toy Christmas, to be published by Christmas Press in November. This is a kids’ story about the contents of a Christmas pudding and a young girl’s relationship with her great grandmother.

Great-Gran’s gaze took on a far-away look. ‘Many years ago, when I was young, I was given a matryoshka by my great-grandmother. She lived in Russia and I never met her, but she had it made especially for me and she sent it to me. It was very beautiful and I loved it very much. But then my parents gave me a younger brother and he lost it.’ She shrugged, a twinkle in her eye. ‘Family.’ 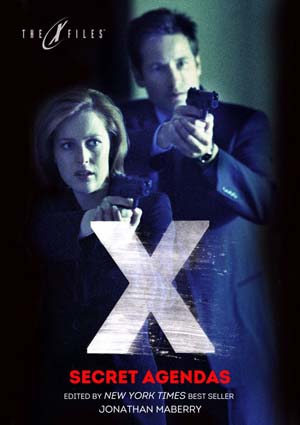 This story will be featured in The X-Files: Secret Agendas, an officially licensed book based on the television series The X-Files, to be published by IDW Publishing in September. In this story, Scully and Mulder investigate a bizarre series of assaults that leave victims with a missing eyeball and memory loss.

‘Mulder,’ said Scully, dropping the papers onto the desk, the tiniest bit of frustration creeping into her otherwise smooth voice. ‘There are no reported UFO sightings even remotely connected with this case. No one saw any lights in the sky. No one heard any strange noises. You are clutching at straws. This is just a case of missing eyeballs.’

Mulder smiled. ‘You say that as if missing eyeball cases are run of the mill.’ 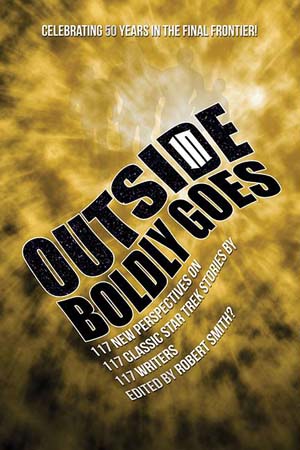 “Life is Not a Dream”

This is not a short story. It’s piece of creative non-fiction that will be featured in Outside In: Boldly Goes, a collection of essays about classic Star Trek, to be published by ATB Publishing in November. My essay evaluates the musical contribution of Star Trek V: The Final Frontier, in the guise of a proposal for a new musical production of Star Trek.

If you look beyond the tired performances, the poor visual effects, the appalling dialogue and the pedestrian direction, you’ll find a hidden gem — a musical gem.

I am eagerly anticipating the publication of each of these anthologies. And I am looking forward to contributing to more in the future. I really do love short stories!

If you’re interested in writing, I reckon that short stories are a great way of honing your skills and getting those initial publications. There are lots of great short story markets out there.

If you like writing for children, you really can’t go past the NSW Department of Education’s School Magazine. There are four different mags, aimed at different age groups, and they publish heaps of fiction.

If you’re into science fiction and fantasy, then take a look at Aurealis. This mag regularly publishes short stories.

Publishers often also open up anthologies for submissions. It’s worth doing a regular Google search to see what’s around at any given time.