MWF: Me and my artist pass 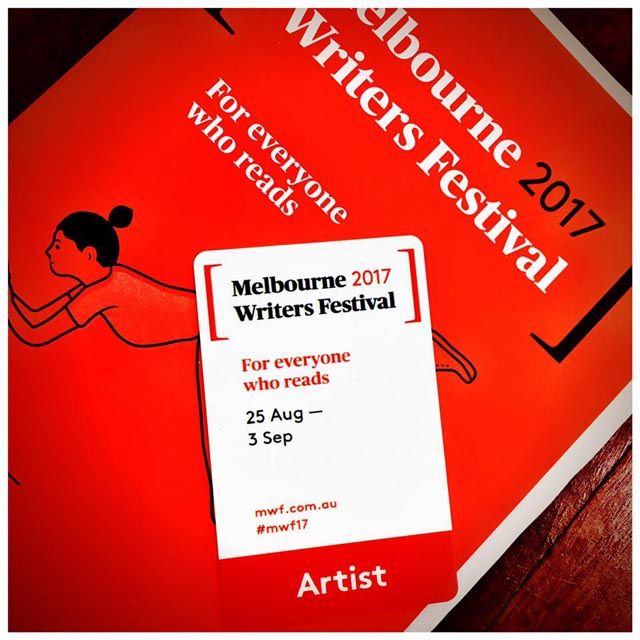 Hands up, who went to this year’s Melbourne Writers Festival? [LOTS, given the crowds of people I saw.] Who had a wonderful, inspiring, creative time? [Insert deafening cheers.] I was there! This was my second year in a row running a sold-out workshop as part of the Schools Program. How lucky am I?

The workshop itself (Choose Your Own Stories – writing interactive fiction) went really well, with all the spaces bar two, being booked by the one school. I love doing festival sessions like this because you know the kids actually want to be there and are super excited. My group this year was enthusiastic, engaged and really creative with their ideas when the time came to plan out an interactive story together.

But for me, the highlight was not the presenting – it was getting to see other authors strutting their stuff. As a presenter I got a wonderful little piece of plastic called an Artist Pass. This wondrous little card gave me access to as many sessions as I wanted. How cool is that!

I got to see Carole Wilkinson discussing dragons, Belinda Murrell slipping back in time, Leigh Hobbs drawing the cantankerous but loveable Old Tom, and Amie Kaufman competing with Jay Kristoff to identify their own Tweets (it’s not easily explained… you had to be there). And I got to chat with so many writers between sessions and at the Artists Party. 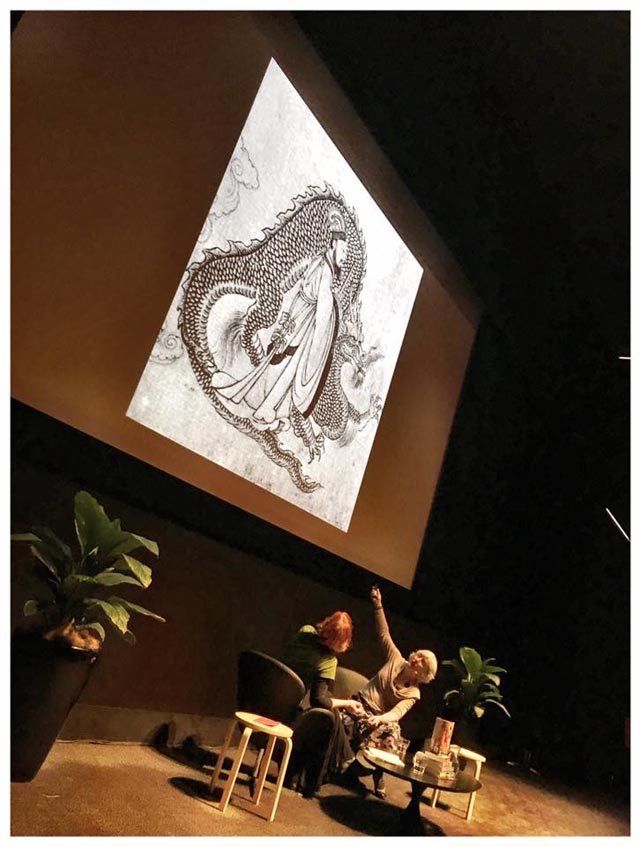 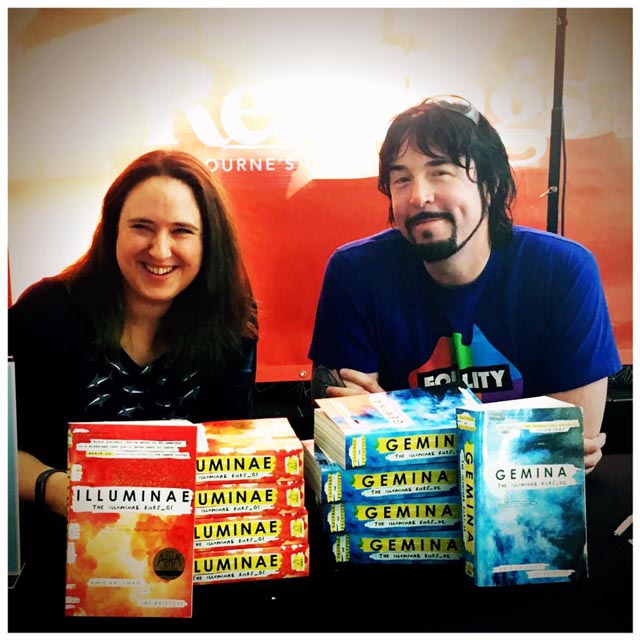 If I had to single out one highlight as my favourite, it would be the Artists Party. Held on the 35th floor of the Sofitel, with the Melbourne nighttime cityscape as our radiant backdrop, this was the chance to meet and talk to a wide range of writers and editors in a casual and friendly atmosphere. And it’s talking to people like this, that makes you realise what a small world it is, filled with amazing connections. The most interesting connection… I met historical writer Harry Blutstein, who told me that Shiela Fitzpatrick was at the festival this year. OMG! Shiela Fitzpatrick! She was one of my history lecturers at Melb Uni. She was totally AWESOME! Sadly, I couldn’t find her at the party and I had missed her session. 🙁 I would have loved to tell her what an amazing influence she had on me as a student. Even though I didn’t get that opportunity, the simple connection made at the party brought back so many memories. What a joy! 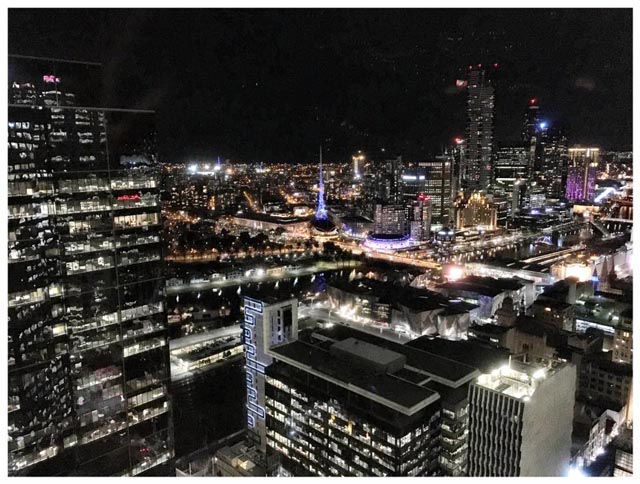 All up… I had an absolute BLAST!

I’m not arrogant enough to assume the festival will want me back for a third year (although I live in hope)… but as the festival progressed, I couldn’t help but dream up sessions that I’d love to run, moderate or participate in – from licensed writing, to the creation of fictional villains; from world-building, to writing stuff-ups.

Three weeks have now passed since the festival ended, but I’m still feeling so enthused and inspired by it. And I’m already looking forward to attending next year’s MWF. 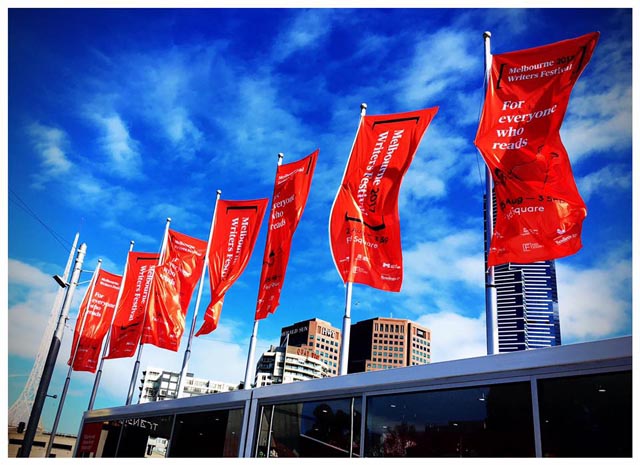