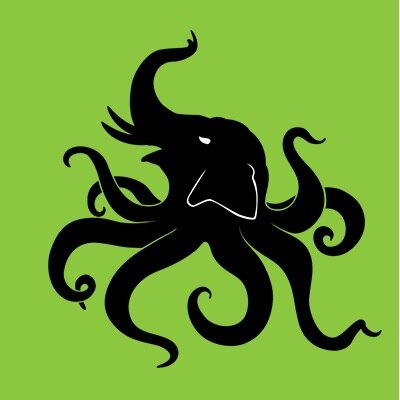 As an author you’ve got to be prepared for the unexpected because… stuff happens! Cool stuff! Weird things! Odd requests!

A few weeks ago I had what is probably the oddest writing request I’ve ever received. It was from a team competing in the annual GISHWERS — Greatest International Scavenger Hunt the World Has Ever Seen. It’s an annual charity scavenger hunt that has been growing in popularity and gathering Guinness World Records. One of the treasure hunt items this year was — “Get a previously published Sci-Fi author to write an original story (140 words max) about Misha, the Queen of England and an Elopus.” Misha being actor Misha Collins, who runs the whole GISHWERS thing. An Elopus being the half elephant, half octopus GISHWERS mascot. And the Queen of England… well, she’s fairly self-explanatory.

Apparently this particular treasure hunt item resulted is a little bit of controversy, with some rather poor behavior. Some well-known authors were inundated with requests. Some were even harassed. Some politely declined to participate. Some weren’t so polite about it. Some authors complained about being asked to write for free. Lots of people got upset. You can read about it here and here.

Me? I just got the one request from a FaceBook friend. [Waves to Bron.] It sounded like fun. It was raising money for charity. I had a bit of time. So I decided to participate and write a story. It’s not exactly a masterpiece, but it was fun to write. In case you’re interested, here it is…

“Save the Elopus,” commanded the Queen of England.

“By your command,” responded Misha Collins, renowned actor and part-time MI5 operative, jumping into his Aston Martin and heading straight for the secret lair of Dr Rottenham, evil genius.

“Not by the hair on my chinny-chin-chin.” Rottenham stroked his goatee. “It is essential to my plan for UK domination, which I shall put into action now, by placing this mind-control helmet on my head.”

The helmet was connected to a machine at the core of which lay the Elopus, encased in circuits, punctured by needles, slowly having its living essence extracted.

With the Eliopus-fuelled mind-control helmet on his head, Rottenham took command of Collins, using him to assassinate the Queen and take over the UK.

Odd story requests aside, the weirdest authorly experience I’ve ever had was one of recognition. Generally speaking, authors don’t often get recognized on the streets when they’re out and about getting on with everyday life (well, maybe JK Rowling does — but I don’t). But there have been a couple of occasions, usually after a school visit in my neighborhood, that I’ve been recognised. Just last week, I was recognised on a paddle-steamer cruise in Echuca. But there was one occasion which was… well… odd to say the least.

I had taken my eldest daughter to an open night at a local high school. Rooms were set out with demonstrations from the Year 12 students in a variety of disciplines, from Arts to Economics. In the science room there was one girl dissecting a rat. As she was slicing away at the innards of the rodent, she looked up, made eye contact with me, looked down at her rat, looked back up and stared at me. “You’re that writer guy, aren’t you? George Ivanoff?” I nodded. And she went back to slicing up her little whiskered friend without further comment.

Yep! All sorts of things can happen to an author. You’ve just gotta be prepared. 😉