Writing about Doctor Who 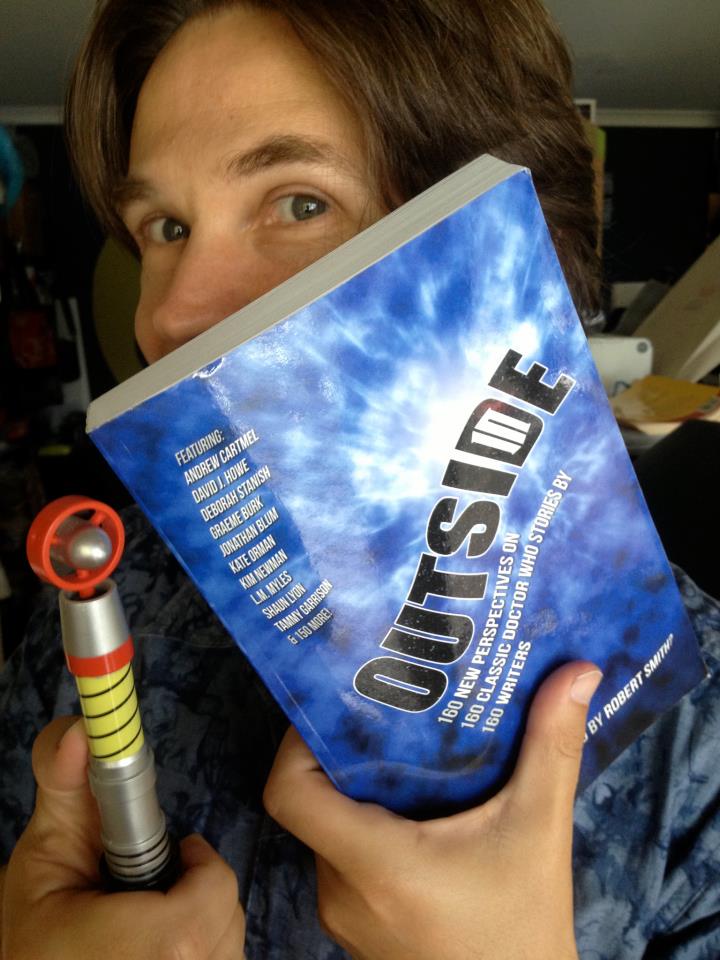 Anyone who has even a passing acquaintance with me will know that I am a Doctor Who fan. And if you’ve ever visited my website, you will know that I love writing about the series. I’m rather excited about my Doctor Who writing at the moment. You see, with the 50th Anniversary of the show this year, there have been many opportunities for me to put pen to paper and waffle on about my favourite obsession.

Currently out in bookstores is the mammoth publication from editor Robert Smith? (Yes, the question mark is part of his pen name.) — Outside In: 160 New Perspectives on 160 Classic Doctor Who Stories by 160 Writers. That’s right… 160 writers in one book, all waxing lyrical about their most beloved of programs. My essay, “The Mysterious Case of the Missing Actors” is about the Hartnell story “The Reign of Terror”. And it’s written in the form of a Sherlock Holmes mystery. Yep — a Holmesian mystery about a French Revolution story. Weird? You see, all the authors were tasked with finding a new approach to the classic stories they were to write about. It was a lot of fun! And, I got to be in a book with former Doctor Who script editor, Andrew Cartmel. Very cool!

A second volume of Outside In is in the planning stages, this one focusing on the new series. For this book, I wrote about the Children In Need mini-ep “Time Crash”. I did it as a short film script about two guys having a Doctor Who DVD night.

“The Ghost of Doctor’s Past”
This will be published in April this year in Vol.2 of the charity anthology You and Who: Contact Has Been Made. Each of the essays in these two books take a personal perspective on the influence of Doctor Who. I’ve chosen to write about the Jon Pertwee radio drama “The Ghosts of N-Space”, linking it in with my writing career. 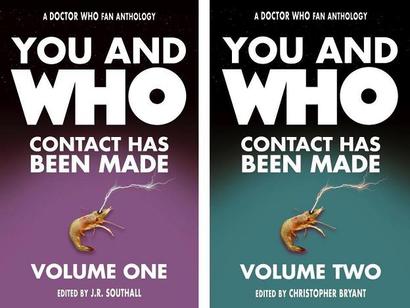 “That was then, this is now: how my perceptions have changed”
This is an essay about two classic series Doctor Who stories, “The Mutants” and “The Talons of Weng Chiang”, and their approach to issues of race. It will see publication later this year in an academic anthology called Doctor Who and Race.

“Upgraded Reptiles”
This essay, about the 11th Doctor stories “The Hungry Earth”/“Cold Blood”, is for a fan publication called Celebrate Regenerate. And I’m not 100% certain if my essay will appear in its pages. The submission has been made and the editor will be revealing the list of authors, Doctor by Doctor, over the next few months. Oh, the anticipation!

In addition to all that, I continue to review Doctor Who DVDs on my Viewing Clutter blog.

So, that’s it for my Doctor Who writing for the moment. But I do hope there will be more around the corner. 🙂