I’m doing a happy dance! Why? Because I’ve got two bits of exciting YOU CHOOSE news to announce today. Whether these morsels of info are as thrilling for you as they are for me remains to be seen… but I’m pretty over the moon about them. So, here goes…

YOU CHOOSE Books 1-4 will be released in two special Flip Me! editions in December — just in time for Christmas shopping. 🙂 The first will contain The Treasure of Dead Man’s Cove and Mayhem at Magic School, and the second will have Maze of Doom and The Haunting of Spook House. I used to love this style of two-in-one book as a kid — reading one story, then flipping it over to read the next. Very cool! 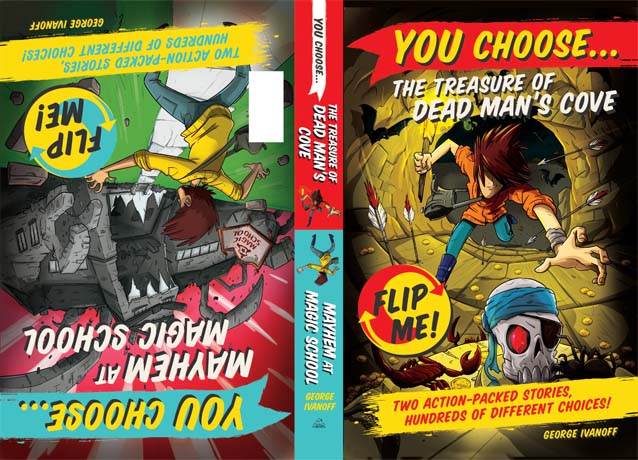 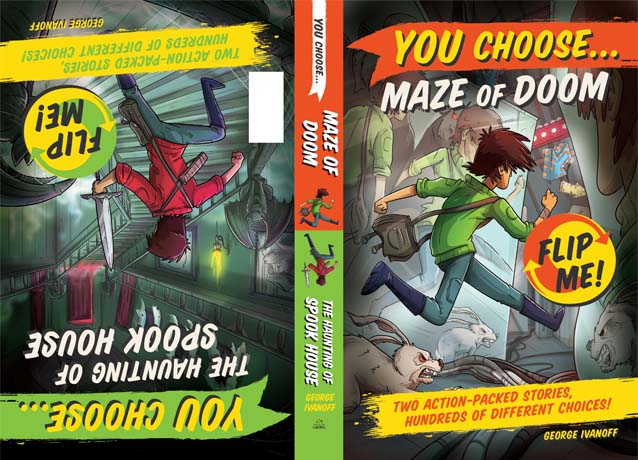 And now for announcement two…

[insert another drumroll… oh, what the hey… let’s throw in a fanfare as well]

There will be another two YOU CHOOSE books in 2016. I’ve been given the go-ahead to write Books 9 and 10 in the series. I am so excited about this, that I am bouncing up and down in my seat and I can barely keep my fingers on the keyboard as I’m typing. 🙂 🙂 🙂 🙂 🙂 🙂

I’ve got working titles and brief synopses all ready to go. But I can’t write them just yet, as I’m working on another series at the moment. I can’t tell you much about this other series, except that I’m working on it now, as it hasn’t been officially announced. But the second I’ve finished with it, I’ll be working on YOU CHOOSE 9 and 10.

Gloriously busy times ahead! Bring it on!