I love Doctor Who

Doctor Who, Writing Doctor Who

If you happen to read my DVD/Blu-ray reviews blog, Viewing Clutter, you’ll probably notice that I’m a Doctor Who fan. I review lots of Doctor Who discs, and I’m currently running a DVD giveaway for copies of the recent Doctor Who Christmas Special, “The Doctor, the Widow and the Wardrobe”. I’ve even posted My Doctor Who Philosophy, about my approach to reviewing the series. 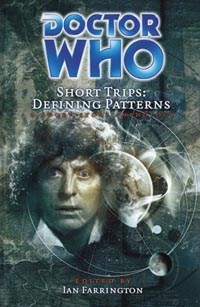 But I’m also interested in writing Doctor Who stuff. Back in 2008 I was lucky enough to have a Doctor Who short story published in an official anthology. “Machine Time”, a story about the fourth Doctor, appeared in Doctor Who Short Trips: Defining Patterns, published in the UK by Big Finish, the same mob that produce the audio dramas. Unfortunately that book is now out of print and rather difficult to get a hold of. If you’re interested in finding out a little more about this, I wrote an article about it for the Great (Book) Expectations blog a while back — My Little Fan-boy Moment.

Most recently, I’ve had an essay accepted for an academic anthology about Doctor Who. “That was then, this is now” will appear in Doctor Who and Race in early 2013. The essay looks at 2 classic series stories, “The Mutants” and “The Talons of Weng-Chiang”, and their portrayal of different races. It’s a personal opinion essay about how my reactions to these two stories have changed since I first saw then as a kid. It’s an academic anthology, so the essay still has to go through the peer review process, where the other contributors will get to comment on it, after which I get to make amendments. Should be interesting.

Of course, I’m also hoping I may yet again, one day, get to write some more Doctor Who related fiction. Of course, that’s easier said than done. Buggered if I know how to actually get the opportunity. But I keep hoping. 🙂