I’m part of a breakfast cereal promotion! Well… my books are. Which is pretty cool.

Kellogg’s are running a book promotion with some of their breakfast cereals from 1 January to the 8 April 2017 in Australia and New Zealand. Buy two specially marked boxes of cereal and you can get a free book. There are 30 titles to choose from, including two of my YOU CHOOSE books — The Treasure of Dead Man’s Cove and Mayhem at Magic School.

To find out more about this promotion, check out https://www.freebooks.kelloggs.com

There you have it… my breakfast cereal promotion participation. Thankfully my face doesn’t actually appear on the cereal packets – we wouldn’t want to put people off their food. 😉

So get thee to a supermarket, fill up your breakfast bowl and start reading! 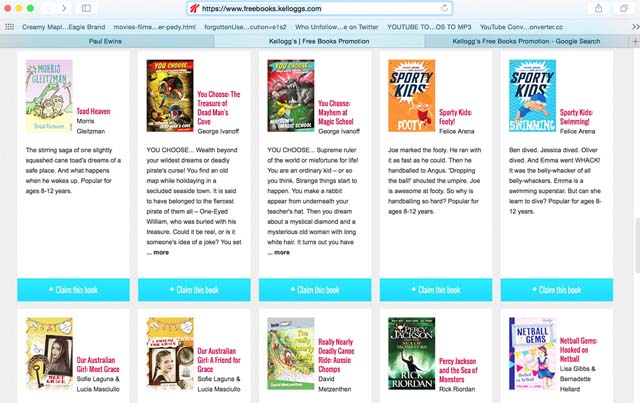