Last weekend I attended Continuum 8, the 51st Australian National Science Fiction Convention, in Melbourne. And thanks to Roadshow Entertainment I was able to give away LOTS of DVDs. 🙂 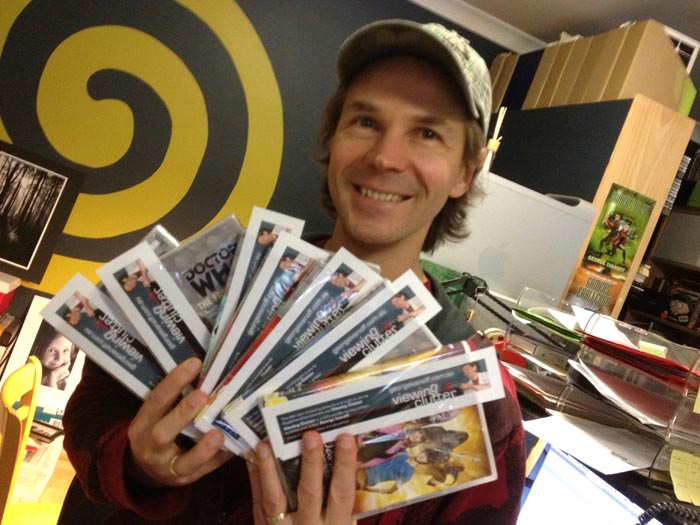 There was one copy of The Sarah Jane Adventures: The Complete Fourth Series, and numerous classic Doctor Who DVDs, including “The Sensorites”, “The Daemons”, “The Deadly Assassin”, “The Creature From the Pit”, “Nightmare of Eden” and “The Face of Evil”. And at the end of the event, the Doctor Who DVD posters that were displayed around the convention were also given away. Here are a few of the happy winners… 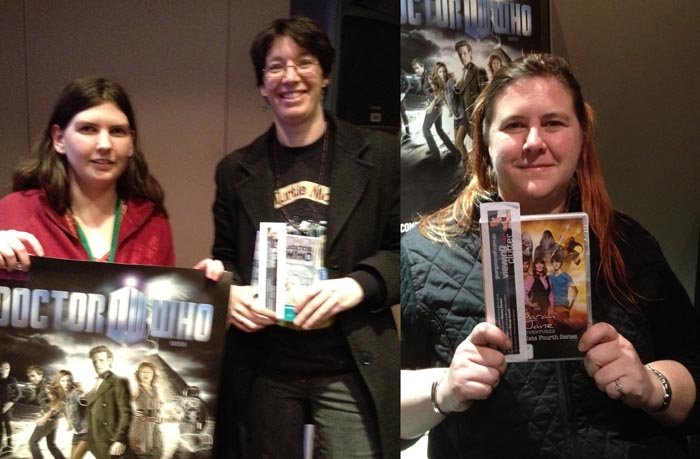 And one of the other winners, Danny Oz, Tweeted a couple of photos, saying “Since you and the folks at Roadshow gave me a poster, I thought you’d like to see the happy recipient.”. 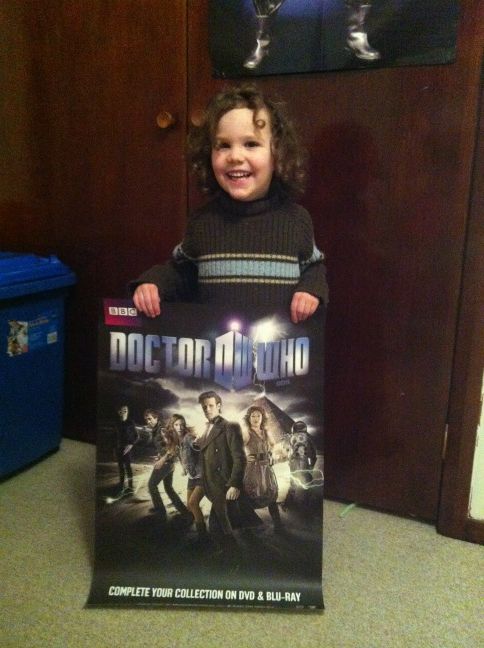 Many thanks to Roadshow Entertainment for providing the giveaways.

Keep an eye on Viewing Clutter, as more giveaways will be announced soon. Also coming soon are reviews of Sherlock Holmes: A Game of Shadows, Arrietty, Doctor Who: The Planet of the Spiders, Doctor Who: Ace Adventures, Miss Fisher’s Murder Mysteries and Being Human: The Complete Fourth Series.