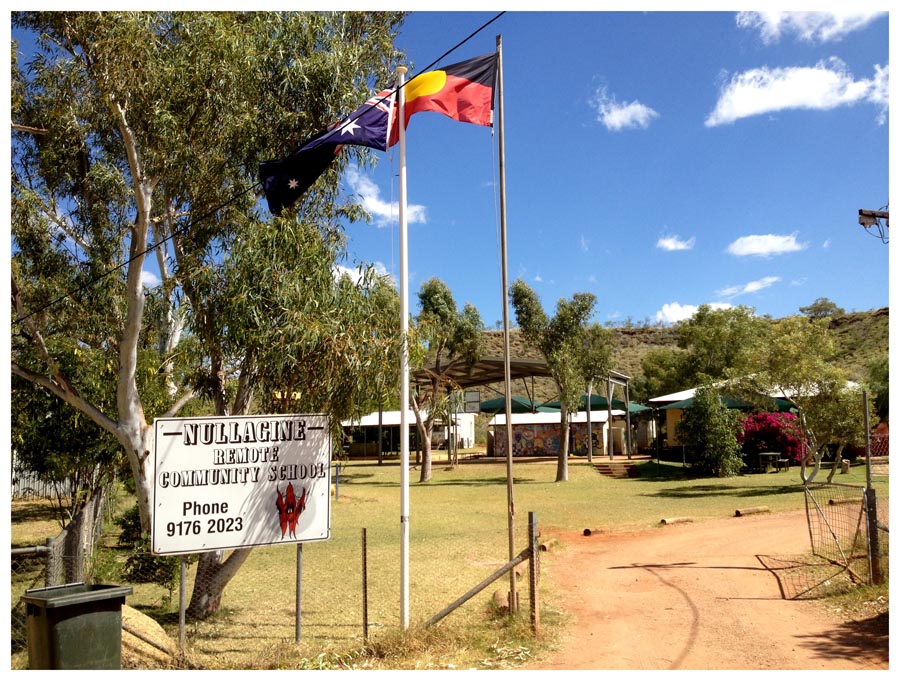 Last month I had an extraordinary experience. Along with three illustrators, I visited remote schools in rural Western Australia to do presentations and workshops. It’s an experience that will live long in my memory.

My companions on this trip were illustrators Marjory Gardener, Marc McBride and Den Scheer. Along with our tour manager Peter Scheer, we were flown between destinations in an eight seat Cessna 402C. Every day, a different town; every night, a different motel; every meal in a different eatery.  Gosh… I’m making it sound like rock stars on tour. And, to be perfectly honest, it did feel that way at times.

It was quite a hectic schedule that involved a lot of travel time… mostly up in the air. We visited two schools a day, usually with a flight between them. In total, I did 16 workshops and presentations at ten schools over five days.

Sometimes it felt like I was doing more travelling than speaking! But it was quite an experience, getting to see the amazing countryside of rural WA from the sky. Travelling in a light aircraft meant flying at a lower altitude than in a standard passenger jet. So I got to see a lot more. Particularly amazing was a low swoop and turn over the mining facilities at Kalgoorlie. And the night flight from Paraburdoo to Laverton (with a fueling stop at Meekatharra) was pretty cool — seeing the small patches of clustered lights in an otherwise dark landscape. Magic! 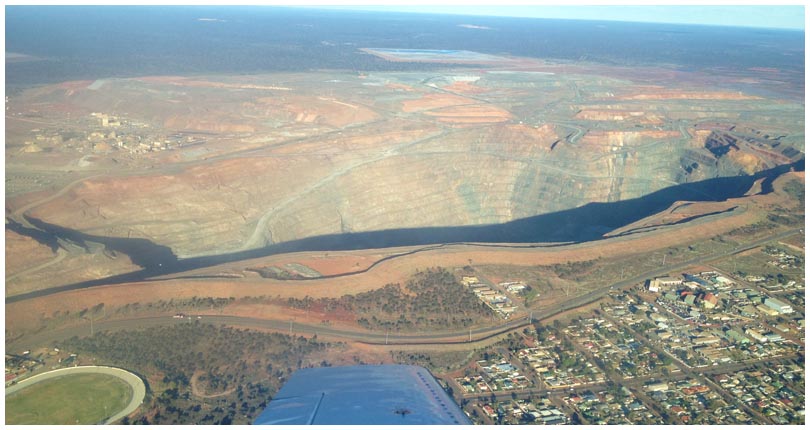 The only frightening bit was the final flight from Kalgoorlie to Jandakot airport in Perth. We hit a cold front with a headwind. It slowed us down, extended the flight time and it was VERY rough! A light aircraft, as I discovered, can shudder and shake an awful lot. [Although the pilot later assured me that what we encountered was fairly mild. Yikes! I’d hate to experience her idea of extreme!] I kept looking out the window at the wing of the plane, picturing the demon from The Twilight Zone’s “Nightmare at 20,000 Feet”. I’m not scared of flying, but this flight is one I would be happy to never repeat. I was extremely pleased when we finally touched down.

In some areas, all four of us went to the same school; in other areas, we were distributed across the local schools. Visiting the schools was an absolute joy, particularly in the more remote areas, where the kids were not used to getting authors and illustrators dropping in on their classes.

Picture this. We’re flying into Nullagine. As we start our decent, I look out the window. Is there some sort of mistake? I don’t see an airport! All I can see is a tin shed and a long gravel track. Surely this can’t be it! But that’s where the plane is heading… and with a remarkably smooth landing we touch down. 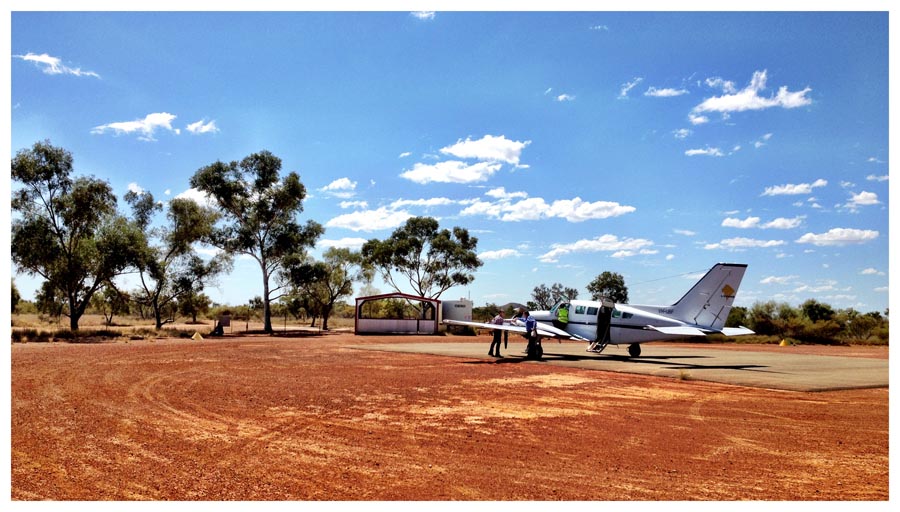 There are a couple of landrovers by the shed to pick us up. We get a half hour drive through an amazing landscape of burnt oranges and reds, with hills and muted green scrub, before arriving at Nullagine Remote Community School. A school with about 30 kids — all but two, indigenous. This is not the sort of place that gets many visitors, and the kids are over the moon. Unfortunately, we get barely an hour here — so we do a tag-team presentation out in the school yard while Marc McBride airbrushes a dragon mural onto one of the walls. 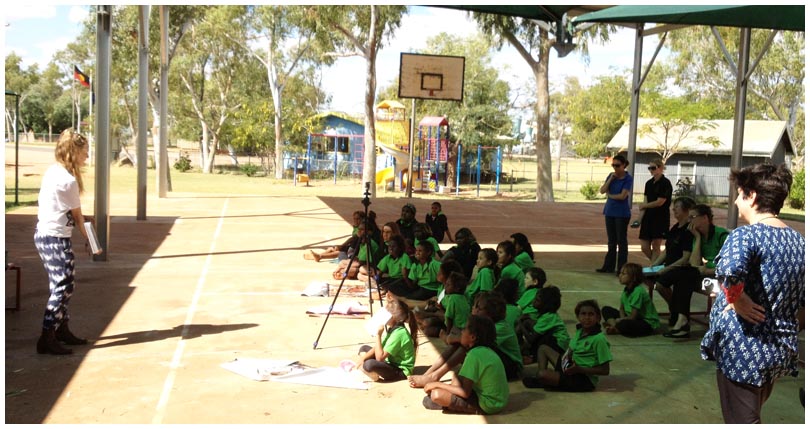 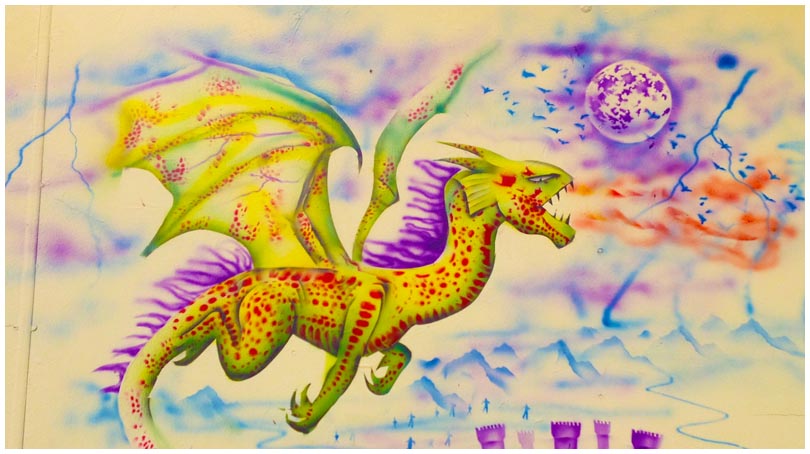 Our other most rural experience came on the final day — Mt Margaret School, about half an hour’s drive out of Laverton. It was another predominantly indigenous school. This time, we did short half hour sessions with small groups of 5-10 kids, rotating the groups. First up, I had the Preps and Grade 1s. They were followed by Grades 2 and 3. I read stories to these groups (getting the younger kids to help me act out parts of it) and answered some of their questions about being a writer. They seemed to have a ball.

Then I did Grades 4 and 5 and then Grades 6 and 7. With these two groups I ran story structure workshops and got each group to help me plot out a story. It was a lot of fun! The 4/5 group devised a story with a zombie apocalypse, while the older kids came up with a humorous adventure involving wooden legs, poisonous snakes, two consecutive earthquakes and a ravenous crocodile.

It was while I was at Mt Margaret that something finally hit me — I had never spoken at an indigenous school prior to this trip. In fact, I had never been in a classroom with more than a couple of indigenous students before. The main difference that I noticed between indigenous and other kids, is that their boundaries of personal space are different — they get a lot closer to you. I sat on the floor with the little kids while I read them the story, and they all clustered around me, leaning against me, one Prep Grade boy playing with my shoelaces. It was very endearing. This concept of personal space even applied to the high school students. At Laverton School I spoke to a group comprised of Year 8 and up. The students brought their chairs right up to where I was standing. It was a little confronting at first, as well as a little restricting, as I’m used to moving around a lot while I speak. But I adapted. And in the end, it was a way of connecting and communicating.

Other than this sense of personal space, the indigenous kids were just like any other kids — excited, curious and eager to participate. It saddens me greatly that so many of them, as they grow up, will get caught in the unfortunate existing cycle of dropping out, reduced opportunity and eventual unemployment. That’s why I believe it is so important for tours like this to include the more remote schools. 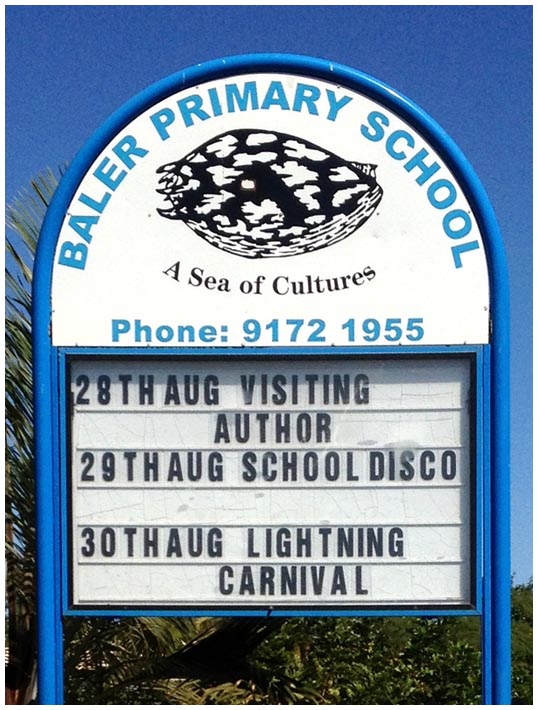 Not all the schools were indigenous. And not all the schools felt as remote and rural as Nullagine and Mt Margaret. Some of the schools had large numbers of students and were in areas that felt little different to the suburbs of Melbourne. Baler Primary School in Port Headland was one such school. I did two sessions with groups of 50+ kids. Very attentive, enthused and excited kids. And so many questions that we ran out of time. After my second session was over, the librarian came up to tell me that while I had been speaking, she had gone online to order a heap of my books. Very flattering, indeed!

All up, it was an exhausting but very rewarding experience. And I got some pretty terrific feedback…

“George was engaging. He is very energetic and the kids loved him.”
Baler Primary School, Port Headland

“Even students that normally struggle with writing were engaged and had a go.”
South Newman Primary School

The whole thing was organised by the Children’s Charity Network, with sponsorship from various mining companies operating out of WA. I can only hope that this tour has demonstrated to those mining companies how worthwhile and beneficial a program of school visits like this can be. And I hope that they continue to fund further such programs so that other authors and illustrators can get to visit these wonderful, remote schools, with their remarkable children — children who deserve as much attention and opportunity as those living in the suburbs of large cities.